Buckle Up for the Wildest Ride of Your Life 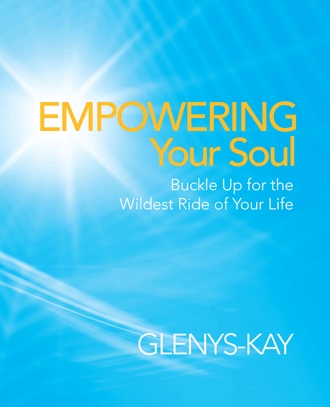 covers the truth of this world, and then try to express it in words

that the general population can stretch their minds around.

"The Secret Life of Water" by Masaru Emoto

During the 15th century people thought that the world was flat, and that if they sailed to the horizon they would fall off. This was the ‘truth’ of the day. However Ferdinand Magellan’s ships sailed around the world in 1519-1522 and proved that it was round. So the beliefs of people had to change to accommodate new information. It was of course already understood that the earth was a sphere but the people were kept in ignorance by the church.

In the 16th century people believed we were the centre of the universe and that our planet was stationary and the sun moved around us. In 1543, Copernicus, an astronomer and canon of the church, realised that in fact the earth and planets traveled around the sun. However, this new information was not revealed until he was on his deathbed, in a book he had written on his findings. The church at that time wanted people to believe that this was the only world that existed, and that we were the only beings in the universe. As a canon of the church, Copernicus knew his life would be in jeopardy if he went against the doctrines of the church. When this news was released the church ridiculed the information and it took a long time for science to validate his work. Today we know that indeed we travel around the sun, along with all the other planets. Once this work was scientifically acknowledged, then people had to change their beliefs. We were not the centre of the universe at all.

To bring this concept closer to home, imagine you are standing on a beach on a beautiful clear day. The sky is blue, the sea is flat, the horizon in the distance is a straight line between sea and sky, indicating no waves and swell on the water. There is nothing on the horizon: not a ship in sight. Now if someone handed you a telescope and when you looked through it, suddenly you could see a ship on the horizon, you would have to change your belief that moments before there was no ship there. Now you know there is because you can see it through the telescope.

So this brings us to the understanding that what we see or perceive, creates what we believe. What we see and believe, we accept as our ‘truth’. When we receive new information our belief, and therefore our ‘truth’, has to change.

Always be open to new information. If your mind remains closed to new things this can prevent you from moving forward.

As I have already stated, please do not just take my beliefs, my ‘truths’ and make them yours, simply because you can't be bothered to research any further. That's laziness, and the universe does not support laziness. Read, listen, ask questions, and then keep what resonates with you and discard the rest.

There is one Truth, and one only Ultimate Truth. That is, the Unconditional Love of the Creator. This is the foundation of the universe and everyone and everything within it. This Truth is the only Truth you should totally believe in, and that it never ever changes. This is what your journey is all about: a return to the Ultimate Truth of the Creator, a total belief in Unconditional Love which connects us all within this vast universe.

We are on a fascinating journey of life, of living, and of learning to create for ourselves the life we always wanted: a life that fits neatly around the “health, wealth, and happiness” that most of us have always been striving for.

Why haven’t we been able to create this life? What has prevented us from having this mythical health, wealth, and happiness? Some have it and then lose it or throw it away. So often we either can’t create it, or we lose it because we have had absolutely no idea of how the energies of life work.

This is what this book is all about—helping you to understand how life works, and in that place you can then create your dreams. You become empowered to make better choices.

Not everyone comprehends the very basic foundation of life: that we do create the reality in which we live. When you read this book, you will understand just how important this is.

It is a valuable read for all those seeking answers to the meaning of life. We need this information to enable us to better understand and live in the new future we are in the process of creating.

Glenys-Kay lives in New Zealand, and after a long journey of spiritual learning and understanding, she now teaches metaphysics and self-empowerment, blending the science of spirituality with mainstream sciences. Her teachings are fascinating journeys into the unknown, and her passion for her work gives a different meaning to health and wellness.