From Pink to Blue

An Enlightening Concept That Awakens “Truth of Being” and Reminds You To Focus On The Path That You Were Born To Follow. 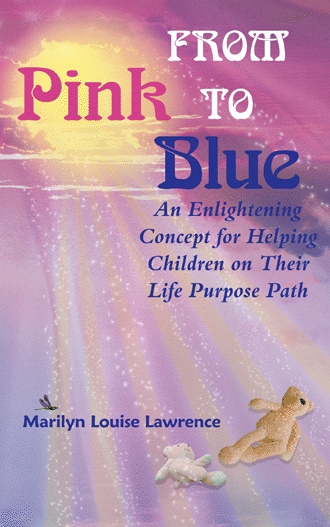 However, something happens to children I have observed, by the time they near the age of seven to eight. Their sense of personal image is shaken and sometimes completely tumbled. Something has happened to the Faith in infinite possibilities that was gifted to them. In this wavering of character, their favorite things change. Whether that be what they want to be when they grow up, to their favorite color, things change, sometimes slowly, sometimes it seems overnight. There is a change, as I observed just recently in my niece, a change in favorite color from pink to blue. Girls no longer like princesses, or think they are or can be one. A towel could certainly never be a gown. Being called a princess has changed from a delight to an insult of sort. Boys, who once delighted themselves stomping around the house in the most perfect self-appointed example of a dinosaur, complete with snarls and roars, find the idea silly. Being a real cowboy by simply wearing boats and a hat is not logical or possible. Yes, their image of themselves, the image that was gifted to them from God, which they delighted in for all their young lives, was now challenged. Self-doubt and judging takes the place of pure faith and limitless possibilities. Whether this comes from older children, mothers, fathers, grandparents, aunts, uncles, somewhere, someone has interrupted their own natural flow. Someone has penetrated their very core of right and wrong and made these children question themselves. They are told that there is no such thing as princesses and magical lands, lest grow up to be a princess. They are ridiculed and laughed at, made fun of and teased. The beautiful child that once floated with infinite possibilities is changed, their spirit deflated, corrupted in a sense, and they can never go back. This child will now question everything that he or she thought to be true and right in their informative years. They now doubt their own choices. What a sad thing we have done. What a wrong has been committed. Now they are faced with the task of relearning things, however this time to someone else’s steps. They are confused and non-committal fearing ridicule. The simplest task may seem difficult, they struggle to make sense of things, often times masking their behavior with forgetfulness or humor. The confusion is not because they do not know the information or cannot learn it; the confusion is not because they are unable to make simple decisions. It is instead because they are afraid of being wrong, being in trouble. The fact that everything they thought to be true in their younger lives has been judged by a party of their peers or superiors, judged, criticized and more times than not corrected, they have been placed in the position of doubting everything they think is right. These children have been forced to be someone they are not and for that, they are placed in the position of questioning everything. They have to again “figure things out,” as told to me by one of the children I interviewed. Children are placed in the position of relearning nearly everything. What is acceptable behavior, answers, personality, likes, dislikes, relearning everything based not on them, but based on other people or society. They have been taught doubt, doubt in themselves. Having been so deeply saddened when this process was made aware to me and realizing this process has and would repeat itself generation after generation, I knew it was time to share this Awareness-Knowingness-Concept.

Children are born with it; most adults have long forgotten it. Now is the time to reawaken your “Truth of Being” and Life Purpose.From Pink to Blue is a divinely guided message initially designed to enlighten the purpose path of children by creating a knowingness, awareness, and concept in the adults around them.

Much to the author’s surprise, this concept deeply touches the very essence of purpose and awakens a truth, not only in children but in every person who reads these words, including herself.

This truth has been hidden deep inside, shut down, suppressed and closed in a dark room since a young age, when one felt a need to protect oneself based on the words and actions of others.

In this book, you will learn that helping a child with a life purpose path is just the beginning of what can be accomplished.

The time is now for awakening the injured child inside of people, so the healing process can begin for the betterment of all.

Throughout her life, Marilyn Lawrence knew that there was a special purpose for her, but being a single mom and focusing on a busy career, she lost sight of her path. Then a series of unavoidable, undeniable experiences gave her the message loud and clear and made it difficult to avoid her purpose any longer. A spiritual author and teacher, Marilyn’s work is grounded in the strong belief that every person has been placed in this world with a special “divine gift” to share and a purpose to guide them. With Marilyn’s passionate commitment to spiritual service through classes, retreats, personal readings, and healings, she has helped many people remove obstacles in their lives so they can once again feel the infinite joy of their own purpose.