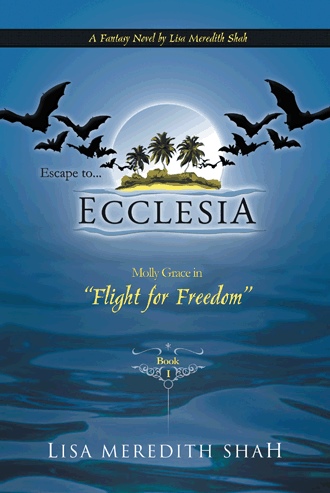 In a world between worlds, Molly Grace, a very special teenage girl, struggles with her destiny to lead both humans and an amphibious race of aliens on their shared, parallel journey of transformation. Both races are swept up in a tide of evolutionary revolution, and each will learn that they need the other in ways neither could predict. Escape to Ecclesia brings together the disparate fields of science and spirituality to tell the story of two different species who share a common challenge. This adventure unfolds as an unexpected journey through the experience of an ever-expanding universe, highlighting the spiritual power of personal energy and focus. As told from Molly’s point of view, the story brings new perspectives to certain significant moments of human history as their places in the big picture are revealed. Molly’s quest is not without challenge or conflicts, as both human and alien encounter obstacles along the way. Her journey is a metaphor for the greater journey both species face, and in her successes and failures she inspires and educates them both. This story offers a new look at some old ideas and proposes creative perspectives on the age-old belief of a utopian society of the future.

Lisa Shah was born and raised in Sydney, Australia; her seventeen years on Queensland’s Gold Coast inspire her intense love and appreciation for spirituality and creativity as crucial life practices. She is an artist, singer, musician, songwriter, and storyteller who creatively conveys important life messages using metaphoric imagery.