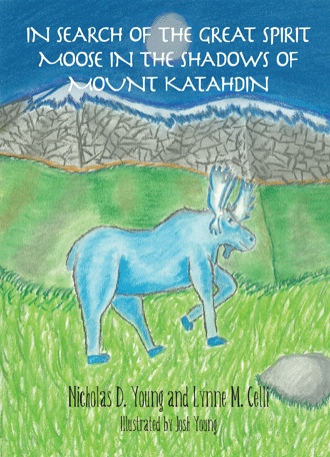 After what seemed like several minutes but was likely only a seconds, a small Maine bear, maybe a year old, emerged from the forest ahead. Then its mother came into the open area where the boys could clearly see here, too. 'What do we do know, Max whispered to Sawyer. "DON'T MOVE", he replied. The boys, hidden by a small patch of trees, froze in place. 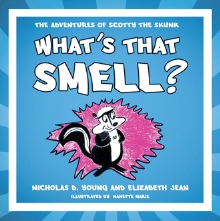 In Search of the Great Spirit Moose in the Shadows of Mount Katahdin combines entertainment, adventure, and realistic challenges as seen through the eyes of two young boys.

Set in northern Maine at the entrance of the hundred-mile wilderness, located at one end of the Appalachian Trail, this story teaches important, lifelong lessons through the use of main characters who seek to verify the existence of the local legend: the Great Spirit Moose. The secrets of the mighty mountain are eventually revealed and serve as a source of wisdom to guide the boys through adulthood. Readers who have visited Mount Katahdin will be reminded of the splendor of its dense forest and native inhabitants, while still others will be inspired to visit at their first opportunity. Adults and children alike will enjoy reading this tale of realistic fiction with well-illustrated scenes that bring the story to life. It is a heartwarming reminder of what is most important in life.

Dr. Nicholas D. Young has worked in diverse roles in education for more than twenty years, serving as a director of student services, principal, graduate professor, higher education administrator, and superintendent of schools. He is presently the Superintendent of Schools for the South Hadley Public Schools located in South Hadley, MA. Dr. Young is a licensed psychologist who has earned numerous degrees from Austin Peay State University, Westfield State University, Western New England University, Union Institute & University and American International College, including a Ph.D. in Educational Administration and an Ed.D. in Psychology. He previously served as the President of the Massachusetts Association of School Superintendents, completed a distinguished Fulbright Program focused on Japanese educational systems, and was recognized as the Massachusetts Superintendent of the Year in 2010. He has served for more than twenty-eight years to date in the U.S. Army and U.S. Army Reserves; and he is currently the Commanding Officer for the 405th Combat Support Hospital, USAR, located in West Hartford, CT. Dr. Young is a frequent presenter at state, national and international conferences and has published widely on a number of topics in education, leadership, and psychology, to include co-authoring or co-edited/co-authoring several books.

Dr. Young grew up in the small rural community of Alstead located in southern New Hampshire where he would spend many of his weekends and summer days hiking in the large local woods. He also vacationed nearly every summer with his parents and three older brothers in the great State of Maine, which is the setting for this book. Dr. Young now resides with his family in South Hadley, MA, to include his wife, Dianne, two children, Melanie and Max, and his two golden retrievers, Katie and Abby. As the local school superintendent and a career long educator, Dr. Young is committed to helping children understand the importance of being respectful to others and to living a life of service, which are the primary lessons of this story.