The Adventures of Scotty the Skunk 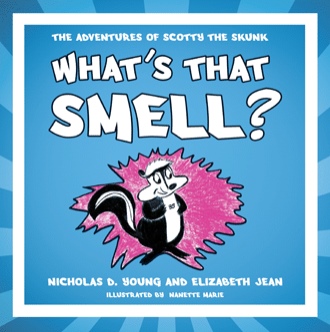 Scotty wanted to smell like other skunks his age and spent his last days of summer trying to figure out how to be deliciously stinky. He tried… 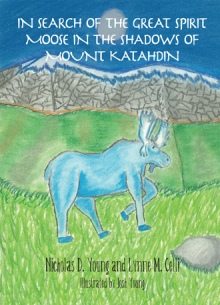 In Search of the Great Spirit Moose in the Shadows of Mount Katahdin
Lynne M. Celli, Nicholas D. Young & Illustrated by Josh Young
£13.73

Scotty the skunk is in pursuit of his own deliciously stinky odor. He tries just about every trick in the book to smell fantastically awful. Moms, beware—this is one determined little skunk. Through trial and error, Scotty and his friends learn about accepting individual differences and abilities. This heartwarming story teaches a valuable lesson about respecting others while the adventures are sure to capture the imagination of children everywhere.

Dr. Nicholas D. Young has worked in diverse roles in education for more than twenty years, serving as a director of student services, principal, graduate professor, higher education administrator, and superintendent of schools. He is presently the Superintendent of Schools for the South Hadley Public Schools located in South Hadley, MA. Dr. Young is a licensed psychologist who has earned numerous degrees from Austin Peay State University, Westfield State University, Western New England University, Union Institute & University and American International College, including a Ph.D. in Educational Administration and an Ed.D. in Psychology. He previously served as the President of the Massachusetts Association of School Superintendents, completed a distinguished Fulbright Program focused on Japanese educational systems, and was recognized as the Massachusetts Superintendent of the Year in 2010. He has served for more than twenty-eight years to date in the U.S. Army and U.S. Army Reserves; and he is currently the Commanding Officer for the 405th Combat Support Hospital, USAR, located in West Hartford, CT. Dr. Young is frequent presenter at state, national and international conferences and has published widely on a number of topics in education, leadership, and psychology, to include co-authoring or co-edited/co-authoring several books.

Dr. Young grew up in the small rural community of Alstead located in southern New Hampshire where he would spend many of his weekends and summer days hiking in the large local woods. He also vacationed nearly every summer with his parents and three older brothers in the great State of Maine, which is the setting for this book.. Dr Young now resides with his family in South Hadley, MA, to include his two children, a 10-year old son and a 16-year old daughter, and his two golden retrievers, Katie and Abby. As the local school superintendent and a career long educator, Dr. Young is committed to helping children understand the importance of being respectful to others and to living a life of service, which are the primary lessons of this story.