Healing Wisdom from the Natural World 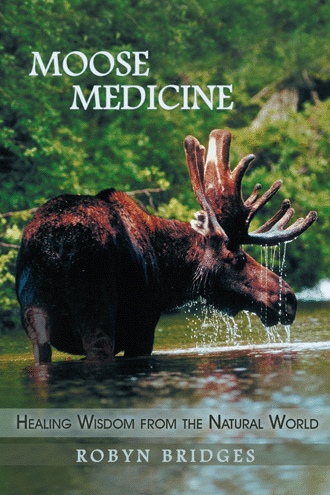 The following selections are excerpts from various chapters in Moose Medicine. They focus not only on the healing capacity of Moose, but also extend to insight we can gain from all elements of nature.

* Part II: “Animal Dreams”
As oncoming night swallowed the day, something from outside my cabin alerted me. Shaken from the seductive warmth of the couch, I was beckoned out the door and up the road. Already in an altered state, I pulled on a jacket over my nightgown, slipped on winter boots, and shivered toward the north in the setting sun.
And then, only a stone’s throw across the stream from me and near an old county road, I saw him: the most perfect, healthy, robust brown three-year-old boy moose I’d ever seen, sporting his first small apologies for a rack. His dark auburn-brown coat sparkled brighter than the snow, and his eyes had none of the older bull moose’s “God, you’re annoying me” look, but held a curious interest. I smiled and sighed at him several times, the way you would to a new lover.
Then I saw her, and laughed aloud. She’d been standing even closer to me than he was in the willows the whole time, her lighter-brown round body holding perfect stillness as camouflage. This must be his mother. I heard her grunt-woof and saw her ears swivel slightly toward the direction of a slight depression in the willows only a few yards away from her. There came junior, a first-year baby, toddling toward her as if just up from a late afternoon nap.
Though it is somewhat rare to find an entire family wintering together, and particularly rare for a mother cow to allow a young bull to stay on, there it was. They were with each other as old familiars, with the kind of comfortable and irritated interaction any family knows. And I was being accepted as a part of their end-of-day foraging. In that moment, I keenly felt my own lack of regular connection with family, and I was aware of the physical and emotional miles that lay between us. Yet here, even as an outsider, somehow I fully belonged, even if just for the moment. I felt caught between heaven and earth, immersed in the deep miracle of wildlife all around me. I was swept into an eternal flow of understanding and relatedness. Home could be found anywhere, but nowhere more than here.
That night, as darkness wrapped itself around the valley and covered my cabin like a sheltering hand, I snuggled in to sleep, my hooves securely tucked under me, dreaming good dreams my human self can’t seem to recall, but my animal self surely does.

* Part II: “The War Within”
…My best way of finding peace is simply to spend time in nature. Particularly when I am in the company of moose, I find a great capacity to simply accept whatever I am ill at ease about. I take in the presence of a moose wading effortlessly through a rock-filled stream as a template for how to pick my own way through that which bothers me. Like moose, I too have innate capacity to adeptly wade through my life. By watching them, I realize that I can choose balance over imbalance, skill over awkwardness.
Yet when we cannot make peace within, we war without. War as the answer to conflict is the ultimate projection and most primitive reaction humans could have; it shows a serious and deadly lack of imagination. We seek the enemy abroad; I try to understand the exigencies of this. But many U.S. citizens never question the assumption that we are all good and “they” are all bad. With this attitude, as Sam Keen points out in his book Faces of the Enemy, we are missing a unique opportunity to learn from and reexamine our policies through the lens of our enemies as well as friends abroad. The degree to which we elevate our own righteousness is the degree to which all that is dark in ourselves becomes further repressed and denied…

*Part III: ”From Shame to Consciousness”
…When I feel shame, rather than repressing it, I ask it to reveal more of its thoughts. The shame might be telling me I am not good enough. So I express that “not good enough” through movement, sound, art, or self-talk. I may roll up in a tight, squirming, fetal position. I breathe deeply, make wrenching sounds, or draw black, ugly shapes with big red lines crossing through. Then I let this shame say every raw and awful thing it thinks so I can root out the blackened, charred roots of unhealthy beliefs and nourish the growth of a healthy fecundity within. Though I want to recoil, I don’t. I let these awful feelings stay lifted up to the light of my consciousness so I can love and treat them with compassion, as a treasured child who has misunderstood something fundamental about her true self. Then I find a mantra, such as, “I am forgivable, loved, and acceptable.” I repeat this until I am at peace once again and know my rightful place in the world.
I remember the last time I breathed deeply without shame about anything. The sun was beginning to set over the Bitterroot Mountains. While meandering through a willowed thicket, I had just found moose hoof prints in the sand near my favorite pond by the river. I picked up a handful of the sand containing the imprint of the hooves I loved and, giggling with delight, sprinkled it into the medicine bag I was carrying. I was totally a part of the wonder of the moment and not shaming or ashamed of anything there. Let me live in that place, in a connected stream of consciousness, no matter where I wander. 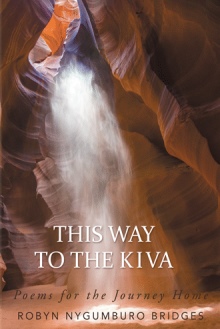 This Way to the Kiva
Robyn Nygumburo Bridges
£7.86 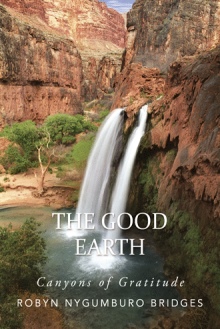 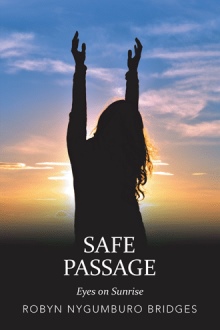 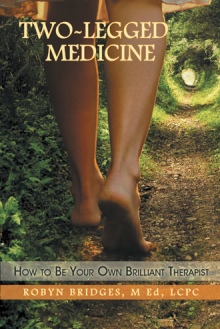 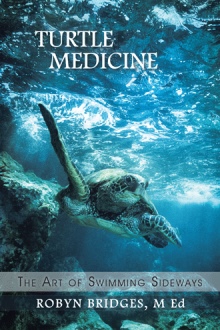 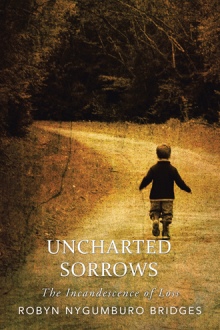 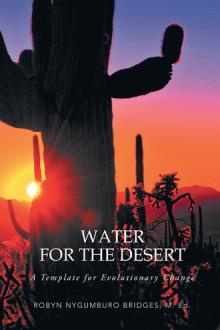 Addressing the pervasive longing for healing and belonging, Montana resident and therapist Robyn Bridges invites us to come along on a personal journey into the sentient arms of the natural world. Through a series of short stories of actual encounters with moose and other wildlife in southwest Montana, we adventure with her to find strength and renewal as an antidote to the disappointment and sorrow inherent in life. Gleaned from her years spent alone in lively conversation with the natural world, Bridges offers a feminine and indigenous pathway to becoming more intimate with our inner nature through exploring the natural world. And, like the solitary moose who ambles through streams finding needed nourishment, we discover how to thrive even through the seasons of our own aloneness. Moose Medicine provides a moist template through which the reader’s own instinctive knowing will tread. “At last, a book that explains how to connect with nature through heart and soul. Moose Medicine offers peaceful solutions for all our ills.” –Barbara McGowan, artist and author “For those hungering to find their way through spirit in nature, Robyn Bridges is a compassionate and knowing guide.” –Ginny Watts, M. Ed., psychotherapist, world dance artist, and author “Gentle and powerful, this beautifully written book guides the reader into self-reflection and new possibilities…” –Steve Guettermann, college lecturer and author

Robyn Bridges, author of numerous upcoming books and CDs on health and wholeness, has traversed the natural world both as a seeker and body-mind-spirit therapist for thirty years. With the honorary Seneca name, “She Who Knows the Way,” she has inducted hundreds of questers into the hinterlands of their own psyches for soul healing.