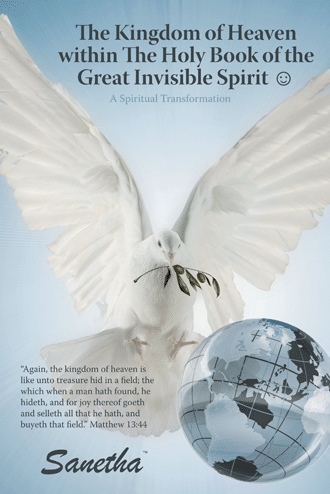 THE TIME IS NOW!

Romans 13:11 And that, knowing the time, that now it is high time to awake out of sleep: for now is our salvation nearer than when we believed.

I’ve always known about past lives and believed in reincarnation. I’ve experienced many times feelings of having been here before. I had no real interest in anything past that knowing until the one day when I discovered my name in my previous life. I reincarnated less than five months after leaving that life into this one.

Reincarnation makes perfect sense and, as you read this book many unexplained mysteries will become aha revelations! Reincarnation and past lives bring an entire new set of variables, especially when there has been little or no experience of the widespread independence that suddenly surrounds the seeker. Freedom often means that the old logic, the old lifestyle, most of the knowledge and assumptions simply obvious before no longer work. A new set of variables, priorities, even values come into play whether you are ready for them or not. It is our human nature to recreate or reinvent whenever we are trying to make something work better and that’s exactly what we do when we reincarnate into our next life.

Romans 16:25 (KJV) 25Now to him that is of power to stablish you according to my gospel, and the preaching of Jesus Christ, according to the revelation of the mystery, which was kept secret since the world began,

This is the shocking and controversial truth – most religions don’t believe and science can’t prove yet. It is time to read between the lines and time to see the world with a new set of eyes – no more secrets, not even from you!

Daniel 12:1-4 (KJV) 1And at that time shall Michael stand up, the great prince which standeth for the children of thy people: and there shall be a time of trouble, such as never was since there was a nation even to that same time: and at that time thy people shall be delivered, every one that shall be found written in the book. 2And many of them that sleep in the dust of the Earth shall awake, some to everlasting life, and some to shame and everlasting contempt. 3And they that be wise shall shine as the brightness of the firmament; and they that turn many to righteousness as the stars for ever and ever. 4But thou, O Daniel, shut up the words, and seal the book, even to the time of the end: many shall run to and fro, and knowledge shall be increased.

An awakening human race is ready to know the truth – although some truths we learn may be difficult, even painful, to acknowledge. Important beliefs we were initially taught since childhood are disintegrating, ending one by one.

Some people have built their entire lives around false beliefs: the ones learned from families they grew up with or the ones they learned from institutions like our school systems, military, governments, certain spiritual teachings and religions. We learn to live by certain principles based upon those beliefs and we often hold on to them long after they are useful. The familiarity, sense of belonging and illusion of safety these beliefs offer provide a cherished comfort zone.

1 Corinthians 2:7-16 (KJV) 7But we speak the wisdom of God in a mystery, even the hidden wisdom, which God ordained before the world unto our glory: 8Which none of the princes of this world knew: for had they known it, they would not have crucified the Lord of glory. 9But as it is written, eye hath not seen, nor ear heard, neither have entered into the heart of man, the things which God hath prepared for them that love him. 10But God hath revealed them unto us by his Spirit: for the Spirit searcheth all things, yea, the deep things of God.

11For what man knoweth the things of a man, save the spirit of man which is in him? even so the things of God knoweth no man, but the Spirit of God. 12Now we have received, not the spirit of the world, but the spirit which is of God; that we might know the things that are freely given to us of God. 13Which things also we speak, not in the words which man's wisdom teacheth, but which the Holy Ghost teacheth; comparing spiritual things with spiritual.

14But the natural man receiveth not the things of the Spirit of God: for they are foolishness unto him: neither can he know them, because they are spiritually discerned. 15But he that is spiritual judgeth all things, yet he himself is judged of no man. 16For who hath known the mind of the Lord, that he may instruct him? but we have the mind of Christ.

The Bible, as well as other religious and spiritual texts, have provided insights based on how the information was presented. We know that most of the writings have been altered time and time again – disintegrating the original message, changing the energy, leaving only hints of truth barely recognizable to the human eye.

The Bible quotes in this book have been taken from the King James Version – an older version of the Bible texts, yet this version is not the original biblical texts written so many lifetimes ago. It is my intent that the quotes that are only pieces of the truth be received only as a doorway to a bigger truth.

Many people do not like change; change takes you out of your comfort zone. Truth is not always welcome and is often met with great resistance, even hostility and hatred. In particular, beliefs affiliated with major world religions have been the underlying reasons that instigated and continue to instigate brutal wars, horrific genocide and murderous crusades that sadly even persist to this day in certain areas of the world.

Not all for nothing – there is a reason for everything. Good, Bad, Love and Hate – we need to experience pain and suffering and sorrow to know joy and love and happiness! We have evolved onto a “New Earth”. The new energy, the frequencies that are available, offer “paradise on Earth” for those who seek their truth.

Since the days of Adam and Eve when they ate the fruit from the tree of life, all of us have lived lifetimes hidden behind a veil – not knowing who we are or where we came from. We are with the understanding of our own burdens deep within our consciousness, the identification of the heavy baggage that blocks our spiritual identity. We are risking reaching out for that freedom, taking responsibility of free will, risking crossing unknown boundaries and breaking down walls, walking down the back roads and the discomfort that can come from new beginnings and venturing into the world with a deep belief in the promise of a better world.

Do you have the willingness to hear new things and invite new wisdom to prepare the way to the Kingdom of Heaven within the Holy Book of The Great Invisible Spirit☺? As long as we fail to acknowledge our vision of reality, our truth will remain incomplete. Spiritual growth is the process of venturing beyond one's boundaries into unfamiliar territory where the deeper truth can only be known out of an encounter with the unknown. There are no mistakes.

We are all individuals coming to the table with various stories, baggage, and different agendas. If we remain open and allow in our minds and hearts for the stranger that would deepen our understanding and broaden our sight, we will celebrate in unity with our Creator God and All That Is till “all of us” find our way home.

It is my purpose and has been my soul purpose since the beginning, as I was appointed to “bring the knowledge of and the ability to have paradise or Heaven on Earth.” We all have a divine purpose and a divine plan – one with our Creator. We are here together at this exact point in time to help each other learn, understand, unravel the mysteries of life, and discover our spiritual selves. There is a reason why it is now.

The spiritual subject of past lives and reincarnation is highly controversial.  Most religions don't believe it, and science cannot prove it yet.

This book is an “energy healing communication” with a DNA surprise, assisting you to integrate and understand the deep-seated truths about who you are and where you came from.  The information explains what is happening to us, the earth, and the universe, and what one needs to do to adapt to the new energies on the planet at this time and for the years to come.

These pages contain a profound message with the new energy—a message that I have delivered many times over my many lifetimes.  Who am I? and Where do I come from? are questions that have been on the minds of everyone since the beginning.  These thoughts are imprinted in our basic DNA.

When I became aware of who I was in the previous lifetime just before this one (less than five months between lives)—my newfound identity propelled me into the search for the answers to the questions gnawing at my soul.  Each answer provided new questions, leading me down the enlightened path to an encounter with the “Grand Divine Plan,” delivering a message of peace and preparation.

We all have gifts and abilities unimaginable, ready for anyone who walks through the door.

My search brought me into an awareness of knowing many of my past lives. It also revealed that my purpose of discovering was not about who I was, but that I would write about past lives and reincarnation at a time on the planet when this information would be so needed.

Deeply spiritual, with no religious ties, an author and healer during many lifetimes, she discovered who she was in her previous life, where she came from, and how she got here.  She was also shown why she experienced this profound knowing and how we can all get back home again!