Standing In The Gap 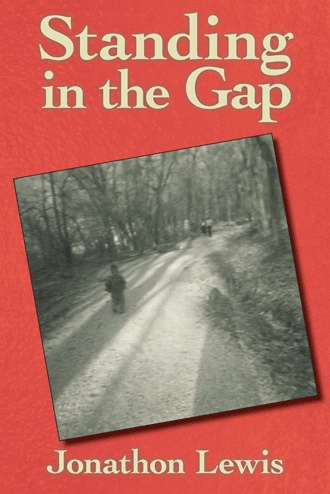 Struggling, struggling to break free.  The pain was intense and I felt bound at every turn.  My brother, Jett had me in a half nelson.  He was much larger than I and it was nearly impossible to twist or undo his snare.  He liked to inflict pain, especially if he knew that he was accomplishing his goal; cause Jon as much pain as possible.  His strong arm with a tight grip around my wrist, pinning my arm behind my back, with his other arm under my chin.  His muscles were fully flexed and taut to prevent me from even moving.  Then something happened causing him to instantly release his grip and I was able to break free.  I turned to face him.  I lunged with a hard left, my only jab....pain! pain! pain!  Ooh, what had I done?  I suddenly awoke and realized that a hard concrete plaster wall had stopped my force.  The noise and the sudden jolt awoke my new bride sleeping next to me.

“Therefore, there is no condemnation to those are who in Christ Jesus.”
—Romans 8:1 (NIV)

Why am I gay? Does God love me? Did childhood abuse make me this way? These are all questions explored and answered in this new book by Jonathon Lewis. His creative approach and distinct style pulls you into an emotional and redemptive journey through many of life’s trials and pitfalls as a gay Christian. Read about how a deep, emotionally disturbing childhood transformed Jonathon into a young adult with an identity dysfunction and how exploration of hidden emotions played a large role in his making many immature mistakes. Learn how God infused a profound providence in his life and brought him to a place of complete redemption and reconciliation. It will ask you to examine your own life and perhaps think of someone who is struggling with the same issues and ask, “Are you standing in the gap?”

Jonathon Lewis is a new author who reaches out to his audience with extreme honesty and creativity. He has been a gay child of God for over twenty years and wishes to reach the lost through his compelling story. He is a retired engineer with two amazing children and three grandchildren. He resides in Dayton, Ohio, with his life partner and attends the Apex Community Church. He enjoys carpentry and music and has an affinity for horses. Romans 8:1 is his favorite verse.