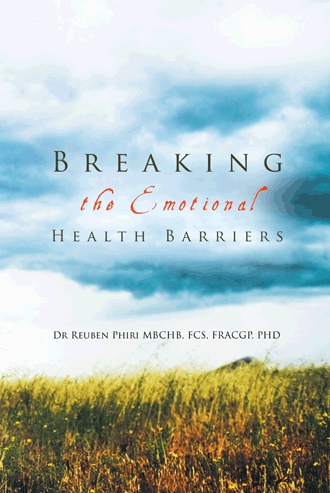 The emotional brain not only stores memories but can store the appropriate responses to these memories. In a few milliseconds it will unconsciously comprehend what it is dealing with, decide whether it likes it or not and could trigger a reaction. It is very important to understand the concept of how the emotional brain brings about events in a person’s life. A whole host of life experiences including falling in love are emotional hijackings.

An emotional hijacking is most likely to happen where there is a constant sensitising factor. This is a situation where a person is exposed to low-grade stress of some kind repeatedly. Each episode is only mildly annoying but if these mildly annoying episodes occur repeatedly over a long time, the individual becomes hypersensitive to the stress.

Take the man who grabs a gun and fires at his neighbour because his neighbour’s dog has defecated on his doorstep. He has been complaining over a long period about his neighbour’s wandering dog. It has been a source of irritation to him to see that dog roaming all over the place. Today it messes his doorstep and he views this as the last straw. After firing the gun he wonders how he could have reacted in such an extreme manner.

This is a typical case of an emotional hijack and similar incidents happen over and over again the world over.

Betsy came to see me in a very distressed state. For all of five minutes all she could do was sob quietly sitting opposite me. I waited patiently until she dried her tears and she declared that she did not want to live anymore. She was a horrible person because she had done something really bad. She wanted to be referred to a psychologist or psychiatrist.

I asked her what she had done wrong.

‘I smashed my ex husband’s car with a baseball bat,’ she sobbed.

I said that did not sound good but could she start from the beginning. Obviously something must have happened for her to smash her ex- husband’s car.

She had been happily married for about five years. Everything seemed to be good. She and her husband had good incomes and were planning to have a second baby. The first-born son was now four years old.

Just as she was considering scaling down her work to start trying for the second baby, her husband told her he was leaving. No warning that anything was amiss. He was in love with someone else.

She was naturally devastated. Nothing she said could change her husband’s decision and he left. She soon discovered he had been seeing a woman she was quite familiar with and had met on many occasions and chatted to. She was enraged. How could she? Anyway, she decided to pick up the pieces and carry on with her life.

She was OK until several months later when her husband came to pick up their son for a weekend away. This was not unusual; it had been going on for months now. It is when she looked inside her husband’s car that she lost it. Seated in her ex-husband’s car in her driveway was none other than her ex-husband’s new partner whom she blamed squarely for the breakdown of her marriage.

According to her she found herself armed with a baseball bat and flying at the car. She does not recall looking for the baseball bat. All she knows is she suddenly found she had a baseball bat in her hands. She whacked the car body and windscreen until she had spent her fury. At the end she was horrified at what she had done and ran back into the house crying. She had been withdrawn and not doing much since the incident a few weeks ago.

From what we now know of the anatomy of an emotion, the marriage break down was the sensitising factor. The woman at the centre of this saga caused such intense emotional distress that the emotional brain (amygdala) recorded her as a life-threatening event.

Let’s look at the anatomy of this event. On seeing the offending woman, messages were sent from Betsy’s eyes to the emotional brain (amygdala) and the rational brain (neocortex). As we have learned the connections from the eye to the amygdala are fractions of seconds faster than those to the neocortex.

These fractions of seconds allow the amygdala to register the threat that is the ex’s new partner and temporarily override the rational brain. The amygdala then recruits all necessary resources to fight this threat. Betsy was flooded with adrenaline; the blood flow to her arms, hands and legs was vastly increased. She grabbed the first thing she could and went on to bash the car.

She goes on to say that afterwards she wondered what had got into her and was very ashamed. At some point the rational brain regained control and reasoned that there was no real threat after all.

Betsy had an emotional hijacking. This led her to destroy property and possibly endanger life. Fortunately her ex did not press charges.

I asked her what was going through her mind at the time of the attack. She said all she could see was the other woman. As she hit the car she felt she was inflicting pain on the other woman. She said for a brief moment it actually felt very good. Her mind felt satisfied that something had been done at last. A few seconds later she felt she was coming out of a dream to realise the full implications of what she had done.

That she felt good during the bashing is no surprise. Anger is intoxicating. It gives an illusion of power. Some have said anger is very seductive. It leads you on.

In a concise form, devoid of academic rhetoric, this book describes how our emotions lead to common everyday illnesses. In today’s family medicine clinics a large proportion of patients are presenting with such obvious emotional issues as depression, anxiety, panic attacks. This book seeks to show how other not so obviously emotional disease such high blood pressure, diabetes, strokes, heart attacks , obesity among other illnesses are emotional issues. For instance did you know that weight loss is almost always virtually impossible if the emotional issues surrounding obesity are not addressed? Now you will know why most diets fail to get rid of that excess flab. By reading this book it is hoped you will see this connection between your emotions and disease.

The book seeks to show you in easy to understand language how you can take charge of your emotions and lead a healthier life.

Reuben Phiri is a practicing family physician base in Melbourne, Australia. His work with sick people over three decades coupled with an interest in holistic medicine and science of mind have led to a keen understanding of the association between our state of mind (which determines our emotions) and our state of health.