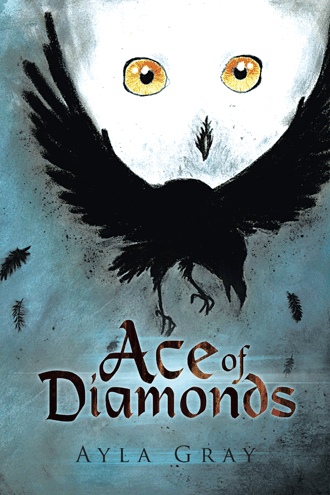 This isn’t going to be easy.

But I want everyone to know. I want everyone who reads this to know the sacrifices I’ve made just to keep the people I love safe. I can’t record it... can’t tape it. I’m not even supposed to write it down. But I thought that maybe, writing it down would help.

It’s just made me more aware of... the magnitude of what I’ve lost. I hadn’t realised it up until now, but that’s... a lot of things. My freedom. My right to live my life the way I wanted to. My childhood. Yeah, those are some of the more defining things.

But I also lost my best friend. I lost most of my family.

So that’s why I can’t let people forget. Maybe someday it’ll all come out in the open, and someone will read this and my take on things will inspire them to become a better person. Maybe someday, when everything is said and done and this war is over, after that, maybe, people can start to move on, forget the pain.

I know from experience that pain doesn’t diminish. We just learn to live with it as best we can.

I was like every other teenager – I thought I could take on the world and survive. I thought the world was at my feet.

I thought I was safe.

That turned out to be my biggest downfall.

So this is how I’m gonna do it. I can’t just go back and explain it all in a few pages of writing, a few minutes of footage shot on a lousy phone camera. I’m going to go right back to the start, take everyone back to the beginning of my story.

I hope it’s an interesting one.

It’s led to a lot of questions in my life, and as I’ve learned, nine months from my sixteenth birthday, the colour of truth is always grey. There’s no pretending. There’s always more than one side to a story, and no matter how stupid it sounds... both sides are important.

I guess that seems heartless. I know a lot of people will read this and wonder how the hell anybody like me ever got so incredibly lucky – and don’t think I won the lottery, because I didn’t. I’m not talking about that kind of luck.

I’m lucky to be alive.

Hopefully, what I’m about to write will explain a little.

Hopefully, it gets into the right hands so that people can learn from my mistakes and never, ever make them again.

Hopefully, it’s worth it.

The chance to travel abroad was one Areli Knight has waited for his entire life, but he is about to learn how quickly a dream can become a nightmare beyond imagining.

While away on a business trip, Areli’s mother is murdered only a month before his fifteenth birthday. Alone in the world now and with very little to lose, Areli sets out on a dangerous quest to find her killers and bring them to justice. What he discovers alters not only his understanding of her murder but his understanding of reality and his place within it. Before he knows it, he finds himself caught up in a timeless war between two supernatural factions that are threatening the world’s balance of power. Quite against his intentions, he is informed that he is now a part of this war, and his involvement goes much deeper than his mother’s death. He finds himself forced into the heart of the action and required to step up and become the man he is destined to be. Can he balance his new life in time to save his friends and family—and the world—from harm?

Ayla Gray was born and raised in the small rural town of Red Cliffs, Victoria. When she turned eighteen, she moved to Melbourne to study writing at university.