A Philosophical and Psychological Journey 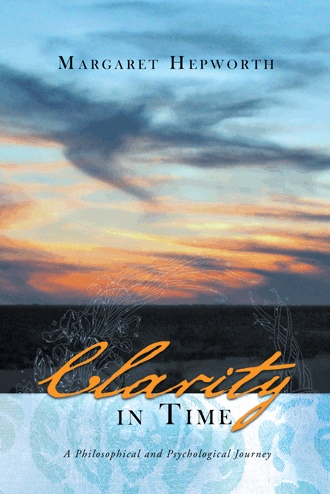 The morning had begun simply enough. But unbeknownst to me, I would soon be facing the most complex situation of my life. For now, I leaned back against the kitchen counter, cereal box in hand, casually picking the best bits out of the muesli—the scrunched berries, crunchy dried coconut and sweet-sour apricots. Barefoot and sleepy-headed, the coolness of the burnt orange floor tiles was helping me awaken from yet another over-heated sleep. A seventeen year old voice lilted its way down the hallway.

“What?” the cursing Maisy grinned as she appeared around the corner. “It’s from a movie. It’s what you say when you are late for a wedding.”

“For starters,” I replied, warily glancing at the fickle kitchen clock, “we’re not late…”

“Yeah, alright, we’re not late yet. And secondly, I don’t exactly object to swearing but surely one ‘fuck’ is enough?”

“That’s not what Will says!”

“Oi!” I piffed a dried cranberry across the room, hitting my younger sister fair and square in the middle of her forehead. “You can’t talk about my boyfriend like that! Anyway,” I calmed, “you look nice. I’m glad you chose the blue, it highlights your eyes.” Maisy had grandma’s eyes, smoky blue and they shone now as they were want to do when she was pursuing me, her older sister, with relentless sassiness.

“Thanks. You look good too – pink, stripy jarmie pants. Goes well with that ancient white singlet top. Uncle Keith will definitely get a kick out of that outfit.”

“Ugh!” I screwed up my face at the mention of the pawing and insipid Uncle Keith. Looked at the clock again and made a mental calculation. “Shit!”

Shoving the muesli packet into Maisy’s hand, I ran yelling behind me, “Do me a favor and feed Orlando.” The big, white dog pricked up his ears and came padding into the kitchen.

Racing for the bathroom, I banged on Raf’s door on the way past. “C’mon, let’s go.” Alighting in the shower I spotted the near full bucket of water, collected from showers previous. Bugger. I could just ignore it like everyone else in this house does. But my guilt always got the better of me. Deftly wrapping a towel around my naked bod, I grabbed the bucket, lunged through the front door, emptied the contents onto a thirsty rose, noted its instant appreciation and that of its weedy neighbors and headed to the bathroom to start again. Rafael shuffled past me in the hallway. All 185cm of him. He grunted in my general direction—his early morning salutation—and plonked onto the couch.

Just quite how we all managed to be in the car, seat belted, ready in our wedding best, I had no idea. “Oh, hang on, one last thing.” I darted back in, kissed Buddha on the forehead and ran back out the door. A ‘leaving’ ritual – the leaving being a pink lipstick smudge left in the middle of Buddha’s statuesque rose-stained brow. Once back in the car, engine on, I smiled quietly to myself. I had fortuitously told my predictably late younger brother and sister that the wedding was a full hour earlier than it actually was. And, yes, I admit, more than anyone it was best that I had also fooled myself. I awarded myself a virtual high-five.

“Are we nearly there yet?”

“Yeh, Rosie, how much further now?”

Raf and Maisy were laughing, teasing me, mimicking two year old voices. Our parents were away, off on another of their seemingly endless crazed gallivants across the globe, on yet another ‘extravaganza’. Me being a good twelve and thirteen years older than my brother and sister, I often felt more like a third parent than an older sibling. A ‘siblent’ perhaps. I had baby-sat Raf and Maisy from the days they were born. “I didn’t choose to have these babies,” my mother would say, applying her red lipstick, straightening her frock, placing the babes firmly into my fourteen year old arms and heading out the door. “What?” She would look back at my forlorn face and intentionally misread it. “Oh, it’s ok, sweetie. I wanted to have Adam and you.”

For the last two years or more Raf and Maisy half lived at my place, our place. Our parents’ weekend trips had morphed into interstate and overseas jaunts. “You’ll look after the children, won’t you dear? You can take them to your cousin’s wedding. That will be fun for you all.” It was alright really. I love my brother and sister dearly and in actuality life was more settled for all of us when they were at mine. My oldest brother Adam would drop by and life as a family of two older siblings and two younger siblings was a lot less complicated without the parents. It was just that every now and then, well…it would be nice to have my own uninterrupted space, like when I had first met Will. And it was expensive too—constantly forking out for two teenagers. Ha, I laughed. I should divorce my parents. Then they would have to pay me child-support!

Catching my brother’s expectant face in the rear vision mirror, his question still hanging on his lips, I let out a sigh.

“Not much longer,” I said off-handedly. “Only about another four hours.”

“Ha! Gotcha! Geez Louise! Do you guys ever listen to me? We’re only going to Kyneton. I’d say…” I glanced at the digital clock blinking away the minutes in the central panel of my little blue Mazda’s dashboard, “another half hour.”

“Time for a nap,” said Raf from the back seat. “You know Rosie, you got us up way too early. Sunday mornings are supposed to be about sleeping in.” Plugging himself back into his Red Hot Chili Peppers, he shut his eyes and drifted to wherever it is a teenage boy brain drifts.

Maisy on the other hand, having deliberately situated herself in the front passenger seat for the journey, was on for a chat.

“Rosie,” she asked with seventeen year old authority, “how long have Kate and Danno known each other?”

The three of us were off to the beautiful heritage town of Kyneton. Danno, our cousin, had only just turned twenty-three, in my book far too young to be making such an enormous commitment. I peered at my lumbering brother in the rear view mirror and smiled. At nineteen years of age Raf was ‘moving’ towards adulthood. But he was so very definitely still ‘moving’; nowhere near ‘there’ yet. And twenty-three? That was only a handful of years past nineteen. Where was the life experience, the knowledge you needed to share a life with someone else? The cropping of the ego required to allow a partnership to flourish on equal terms? Maisy knew my opinions about marriage having been privy to similar discussions on many an occasion.

“They’ve been together for three years, I think. Why?”

“Well boy would mum be mad if I was pregnant when I got married!”

I glanced across at her. “I didn’t think you knew…!”

“Yeh, I’m sorry Maise. I should have told you. I promised Aunty Kim I would keep it a secret. They want to announce it after the wedding. Don’t ask me why. I really don’t see the problem. Their choice. I suppose we have to respect that.”

We chatted on about life and teenage angst at some length until the rhythm of traveling at 100 km per hour and the early start to the morning found its way to Maisy as well. The gum trees now whizzing past her window— one, two, three—had the same soporific effect as the counting of sheep. Shutting her eyes, turning up the volume on her I-pod, she too entered her own subterranean world.

This left me with my own thoughts—back to my own thinking devices. Something truly astounding had happened and I felt great! If I had to name the feeling it would be…well…possibly…elation. And that was pretty damn good!

If your life story was re-told would you be able to piece together the meaning that had always been there?

Rosie O’Dea, 31, was born to make a difference. She knows it; she feels it. Yet now on a country road, her life hovers in an ethereal dimension between life and death.

We all know the saying “your life fl ashes before your eyes.” Well it happened—to me. I watched myself relive my life. But something strange was also happening. Mandela, Einstein, a Captain, a Surgeon? Inexplicably, moments in other people’s lives were flashing amidst my own.

And over and over I heard a voice, “If only they had listened.”

Rosie finds wisdoms embodied in the most unexpected places: Her best friend Holloway; a phrase wafting across a holy mountain peak; in ancient flowers and spiraling shells; Grandma’s journal; an Egyptian mosque; a bustling market place; the quiet vibrance of Lake Mungo; a boy with aspergers; a Cambodian temple; deep within; and in the secret experiences of others. Yet amongst the revelations there’s confusion. Rosie has fallen in love with a man who cannot return her love and it is tearing her apart. A young woman with an emerging psychic talent, Rosie will find herself having to make a heart-wrenching decision no-one could have predicted.

We all have moments of clarity; Rosie’s are extraordinary.

Clarity in Time shines with quirky humor, tender sadness, sexuality, spirituality, a social conscience and profound insights into the human psyche. It speaks of taking action, enacting solutions and finding your own freedom and clarity in time.

“Right here and now we have the ability to become the most co-operative and connected of all the generations of humanity over time.”

Those of the past and of the present have always spoken of future possibilities.

Margaret Hepworth of Australia teaches English and history and is a passionate educator of social justice. Two “nearly grown-up” children and a loving, grounded partner keep her busy and happy. An avid traveller, she gains experience and inspiration from all corners of the planet. This is her first novel.