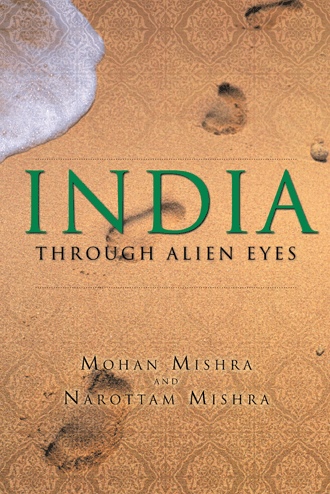 India did not have six-legged camels; there were no gold-digging ants either. But there are big marmots, infesting the upper reaches of the river Indus, which are digging and throwing up, to this day, sand containing gold. The indigenous people of this region continue to collect this gold even now. In Persian the word for marmot is equivalent to ‘mountain ant’. This might explain the use of the word ‘ant’ but does not quite explain the size and speed of these marmots. But let us remember that tales, told through successive mouths, often get embellished by the narrator’s imagination. Add to that the Oriental penchant for exaggeration and the description given by Herodotus (5th century BC) may yet have a core of truth in it.

The earliest civilization connected with Europe is believed to have existed on the shores of the Aegean Sea (c 2500 B.C.). It would be too much to state that there existed no knowledge of, or any intercourse between, this civilization and that of India but what knowledge did exist was perhaps more suited to the misty imagination of the poet than to the exact science of the historian. Herodotus could only tell that India was the wealthiest and the most populous country on the earth, that Darius I conquered its western part, and that Indians served in the Persian army.

Strabo is on firmer ground when he talks of India. He depends, in his writings, on accounts given by earlier Greek writers, many of whom had been to India with the army of Alexander, the Great. But at the very outset he craves the readers’ indulgence, for India lay at a very great distance from Greece and but few people of his country had indeed seen it. Those who had seen it had seen only some portions of it and even what they saw they did during the passage through the country with an army, and in great haste. These observers would not agree with each other even when describing the same thing. Many of their reports were based entirely on hearsay.

He describes the size of India which, indeed, was very great. He talks of the many curious animals, including big snakes. The land was very fertile being blessed by nature in respect of heavy rains. He talks of reeds yielding honey without the intervention of bees. He is obviously talking of sugar-cane. Among the many singular trees was one that could provide shade to fifty, or perhaps even four hundred, horsemen at one time.

If Strabo has written from the perspective of a nation whose ruler had conquered parts of India, the approach of the famous Hiuan Tsang is entirely different. He came from China as a religious mendicant. He was keen to follow in the footsteps of the Buddha. He begins by discussing the name of India. He calls India as In-tu which was obviously his way of saying Indu. Indu literally means moon. He says that there is nothing to compare with the brightness of the serene moon. This sets the tone of his description of India which, to him, was all that stood for good.

More critical is the approach of Al Beruni (11th AD). He was a Muslim and for him the way of Islam was superior to any other. But he was keen to learn firsthand the Hindu way of life. He was aware of the pitfalls of hearsay evidence. In learning about Hindus he had to learn, painstakingly, Sanskrit, the language in which the literature of the Hindus was available. He studied the Hindu literature himself and sought the help of learned Hindus who could enlighten him and clear his doubts. He found that the Hindus were entirely different from the Muslims, not only in the matter of religion, but also in respect of their basic tenets.

The succeeding centuries can be studied in terms of the writings of Europeans who dominated the Indian scene. Vasco da Gama came to India in 1498 AD. His arrival did not please the Moors who had monopolised the trade with this country. Vasco was, however, received well by the Indians in South India. He was happy to be in what, he thought, was a Christian church. The priest sprinkled holy water on him and his companions. They were not aware that they were clearly in a Hindu temple. From then on the European mind concentrated on trade with India. They had but little time for the study of the basic tenets of Hindu life. Marco Polo travelled extensively along coastal South India and commented on the types of produce of the land.

Sleeman was a British official who spent most of his time in Central India. He is especially remembered gratefully by Indians for his role in the eradication of thagi, a scourge of the Indian landscape.

Born in what is now Turkey, the Greek historian Herodotus lived in the fifth century BC. Best known for writing The Histories, he is regarded as the “Father of History” in western culture. He travelled widely around the lands of the Mediterranean and the Black Sea.

Whenever you talk of ancient history you have to think of him. He never visited India and it is doubtful if any Greeks that he met had ever been to this country. However, the Greeks were not only familiar with India but had had various types of intercourse with her including that as adversaries in the battle field. The kingdom of the Persians extended up to north-west India. So the Greeks did have some, if only second hand, knowledge of this country. The following account is based on his The History of the Persian Wars.

He writes that of all the inhabitants of Asia, concerning whom anything certain is known, the Indians dwelt nearest to the east and the rising of the sun. To the east of India lay a sandy desert. India contained many tribes – some of them were wandering tribes, others not. These tribes, of course, spoke different languages. Some dwelt in the marshes and fished in boats made of reeds. They ate raw fish. They wore a dress of sedge woven into mats and worn like the Greek breast- plates.

Further east dwelt a tribe called Padaens who were wanderers. They lived on raw flesh. If one of them fell ill he/she would be put to death, for otherwise the flesh would be spoilt if he/she pined and wasted away in sickness. If a man reached old age, an event that would occur but seldom, for he would have indeed died earlier, he would be sacrificed and offered to the gods. His flesh would be eaten thereafter.

Another group of Indians followed a very different practice. They would not put even an animal to death – they sowed no corn and had no dwelling houses. Vegetables were their only food. If one of them fell ill he would go forth into wilderness and would lie down to die – no one having the least concern for the sick or the dead. These tribes lived a long way from Persia and the Persian king Darius never had any authority over them.

Many foreigners have written about India in the distant past. What had they expected and what did they actually fi nd? Indians have never ceased to wonder at the obsession of the western mind with India since antiquity. If you look east it is East Indies; if you look west it is West Indies. On the North American landmass there are Red Indians and there are numerous Indian tribes in South America too.

Across a vast unwelcoming land mass, and across choppy seas, people from other lands set out for India. What brought them here and what picture did they have of India before coming and after they had actually come here?

Dr Mohan Mishra, born in 1937, is a retired professor of medicine. He has published many research papers in medicine. He has also written a number of both medical and non-medical books. Co-Author, Narottam Mishra is working as an Information Scientist at the KSDS University Darbhanga, Bihar, INDIA