Silence of the Songbird 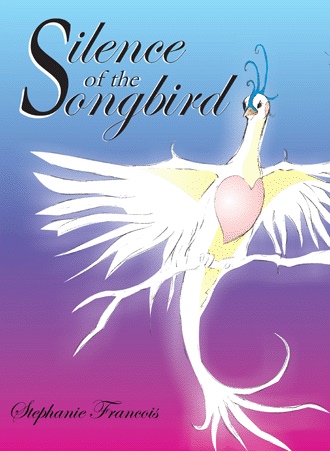 One day one of the songbirds came limping towards the others at the tree. She could not fly. Her wing had been broken, she was bruised and hurt. The other songbirds comforted her. She told them she had flown into a branch. They knew she was lying. She had been attacked by a bird of prey.

They didn't say a thing.

You are a songbird.

Your essence is love, yet you don't seem to be able to succeed in living in love. The songbird starts her life the way she had been conditioned by religion and tradition, and she works very hard at being the best she can be. She isn't happy, but she isn't unhappy either. She just knows something is lacking.

The day comes when the songbird has no more roles to fulfil. Suddenly she realises that she has lost herself; she has no identity.

Then her true journey begins. She reflects on her life, on all the experiences that made her who she is. She tries to make sense of everything, to find the meaning behind her journey. I have written this book so others may find it easier, so others don't have to go through the experiences but may learn from my life.

I have observed that relationships are difficult for all of us. Having been a teacher and "informal" writer all my life, I took my personal experiences and based a book on them, with emphasis on the lessons I have learnt on my journey. Maybe I might make the journey less painful for some. Cullinan, where I live, is a picturesque, small village, where it seems to be Sunday all the time. My family and friends visit because they find peace here.