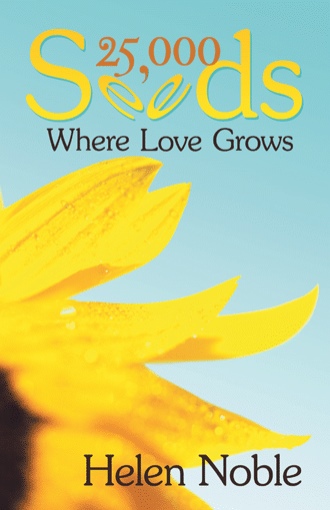 A beautiful evening ride through farm country engaged the senses. Claire’s mind was fully immersed on another plane as she became lost in thought. She had told David, “Being outside in the wide open space with your heart rate up and cycling at your own pace creates a perfect environment to practice living with an open heart; if you just get out of your own way and experience it.

Settling into her cadence she began thinking about those weeks before, the way in her mind – in her fear, she had justified stepping away from this remarkable time in her life. She had been unwilling to receive the good she was being presented with. It takes living with an open heart to be open to receiving. Almost literally, it feels like a doorway exists to your heart. It can be a beautiful French door or inviting gate. She visualized, which you have the choice to open -- inward, showing love and compassion for yourself, or being swung out, giving and sharing your love and energy with the rest of your world. Heart open to her, Claire visualized standing in a beautiful, sunny garden with a refreshing gentle spring; which when it swung out led to an expanse that opened to a vast, sunny, all-encompassing landscape with no end.

Several years before Claire had heard a speaker who influenced the way she decided to live her life going forward. She put living with an open heart to the test and over time discovered her life worked better when she personified love.She thought, Walking with an open heart requires practice in a safe environment. Much like practicing a musical instrument, or public speaking, getting better or bolder does not come without repetition. It’s easy to say open your heart, but it may be new, unfamiliar – so it takes courage, commitment, and some getting used to. Remaining heart-centered means coming from love instead of fear. As adults it’s a choice we make, it does not come naturally. Choosing to think from love, and saying yes instead of no is practicing accepting instead of judging. Being irritated, resisting, evading, criticizing, or arguing are all expressions and actions of saying no.

She and Ben were riding past the old abandoned stone house. It sat back off the road nearly unnoticeable, surrounded by a neglected overgrown hedge. Intrigued, Claire had stopped earlier in the summer and photographed it. You could not come close as the doors and windows were shrouded by thick thorny branches and spinney vines, which made it impossible for any intruder to satisfy their curiosity. This evening the sky cast a light which made it look as if the house beckoned you to come closer and try once more. Distracted for a while Claire returned to her train of thought. Choosing love or keeping an open heart simply means being generous when we don’t have to be. It is being patient. Not giving in and certainly not being a martyr. Instead, it is being true to yourself with your boundaries intact. And why we need to practice is because where we really need this confidence to walk with an open heart is in our relationships, as we react to and respond to those around us.

They were making their way up a hill. Her mind shifted to feeling her body fueling and pumping, engaging her muscles. Feeling the lactic acid building made her muscles burn. Then it calmed down, eventually dissipating. It felt good feeling her body release toxins while engaging the land with her senses, thoughts, actions, her feelings, and energy. Deciding to change the view, she shot out ahead of Ben.

Wind gusts came from the north as they rode in a southeasterly direction. Everything around them felt still. Neither spoke, not wanting to break the peaceful quiet. It was not silent by any means; instead, it was an evening when you heard a rustling wind whisper through the fields. An echoing whhhooshsh was heard in every direction one turned to listen. The wind gave each direction a distinct quality of sound, and the rhythmic sway with which it engaged the fields kicked up the sensual smells of the grass and plants, mixing them with the earth’s primal scent.

They were on their way back home after a late ride. Already 7:30 p.m., the sun had dropped low in the sky. A barn up ahead strikingly glistened in the evening light. The way the sun hit the roofline, and the angle at which the sunlight streamed and found a hole in the roof, made the whole barn light up from within. Heaven had lit a candle inside, and you could see the luminescence between the deteriorated boards. Soft light pierced through every few inches, every few feet, making the faded barn appear nearly translucent against the gray evening sky. Riding toward it from a distance, the colors and the heat of the day rising made it waver to the eye, like a mirage. Sitting off by itself about fifty feet away from a newer, better-built barn, it had been abandoned and forgotten a long time ago. Now it stood as a safe haven for mice, groundhogs, and birds, who built their nests and burrows away from the cold and rain. Riding past, a roar lifted! The shattered silence startled both cyclists. Three large hawks took off at eye level from behind the barn, soaring up into the sky. They rode with Claire and Ben. Of course they were faster, but twice they doubled back and flew above, as curious about the humans as Claire was about them.

Palm Beach insider, Claire Patterson, knew the recipe for success. She had wrapped her life in the security of family, friends and a successful career. Hired as a consultant, Claire surprised everyone, leaving Palm Beach to spend the summer in rural Ohio.

Ben Donohue, Salinger, Ohio’s largest landowner, had recently returned to spend the growing season overseeing his farm. Faced with the prejudices and mistrust of the townspeople he had once called friends, Ben focused on nurturing the land he loved. From the misty gray of spring with its smell of freshly tilled earth and rebirth, to the warm, lush ripening of the autumn harvests, it fed him in a way that a practical man couldn’t describe. Until he ran into Claire.

Discovering a shared passion for cycling, Ben came to see through Claire’s eyes, the striking beauty of the place he had abandoned so many years ago. As they cycled through the changing vistas of rich farmland, they built a bridge of trust across the divide between their worlds; letting go of what they thought they wanted to find what really mattered.

Loving being in nature and cycling, an extended visit to Ohio farm country inspired this debut novel, 25,000 SEEDS.

Also the author of Being Simply Beautiful. Helen Noble is the founder and CEO of a natural cosmetics company and lives in Naples Florida.