Why Dream but to Make Your Dreams Come True

How to find true happiness 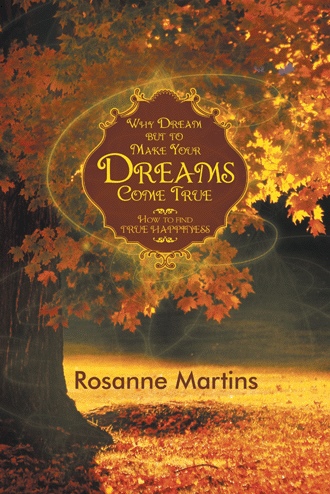 – Rô, have a nice trip! You are so brave! I just came by to give you a hug before you left. Is everything ready? The bags and all? – said a great friend of mine who came to my house to say goodbye.
Yes, everything was ready. In a few hours, the plane would take off heading to Winnipeg, Ca¬nada. We were leaving in search for what seemed more like an adventure: my two daughters and I were moving abroad for a period of time still not defined.
Today, while I write these lines, I still cry of emotion and thankfulness for everything I achieved and for the courage some people said I had. What is curious is that I never felt this way.
The word courage is defined in dictionaries as the capacity to do something dangerous without showing any fear. I might have had a million reasons to be afraid. Switching from what was known to the unknown and uncertain; leaving the comfort of my home, leaving my husband and my son behind and travelling with two teenage daughters.
We were going to a country where a different language was spoken and where I had no idea of how I would be welcomed. Thinking only in what I just mentioned, there were enough reasons for me to be, at least, a bit afraid. However, there was no room for such feeling.
I had the feeling life had prepared me for long years for that special moment. Even my husband’s dismissal has influenced me to take such decision. My country had lost its charm. I felt hurt and did not believe there were any opportunities for us. The uncertainties about the future generated our fear. Staying in Brazil meant waiting for luck to play its role in our lives. Leaving to Canada meant pursuing my dream which I have always believed in.
I have the absolute conviction that making a dream come true is the personal mission of each of us. If we do not let our dreams vanish, sooner or later, they come true. If we could stop our lives and observe them from a distance, we would see more clearly how we create our own experiences and how the universe moves to make our dreams come true. Regardless of being good or bad, conscious or unconscious.
I was not leaving because of mere chance. For years, in silence, I wished all that. Therefore, I had created that opportunity by employing my will, faith, pray, energy, whatever. I can name it in various ways but the fact is that I made the universe work on my behalf.
This way, what some people called courage had another name: fate or personal dream. This was the source of my courage and determination. How incredible it was to see it all happening before my eyes.
Now the time has come, everything seemed to have happened overnight. It seemed I had suddenly won the lottery or someone had called and said:
– You are the winner of this week’s lottery! Come anytime to get your prize.
And I decided to get it! Six gigantic bags placed in a row in the hall awaited to be put into the boot of the car. My daughters and I were moving. Final destination? Crossing the border towards a dream! A dream which belonged to all of us: me, the girls and fully supported by my lifelong partner.
Just us, the women, would move due to the circumstances. The two men in our lives – my husband and my son or the girls’father and brother – would stay behind for some time.

Get ready to make your dreams come true following the steps outlined in Why Dream but to Make Your Dreams Come True. Rosanne Martins was living with her husband and 3 children in São Paulo when her husband, after eighteen years of service, was unexpectedly let go from his executive position with an international company. To survive the next two years of struggle and support her family, Rosanne needed to embrace the challenges of life and through adversity, grow and succeed.
Become inspired and realize that the universe has a greater plan for each of us. With confidence and determination, anything is possible.
Why Dream but to Make Your Dreams Come True will teach you how to tackle life’s obstacles, live with passion and purpose, and realize your fondest dreams.

As a Biologist, Writer, and Self-Healing Therapist, Rosanne Martins actively participates in the science community by attending seminars, conferences, and through being part of numerous speeches, television and radio interviews. Additionally, she writes for magazines and her online newsletter. Rosanne lives in São Paulo, Brazil, with her husband and daughter.