The Enigma of God

A Revelation to Man 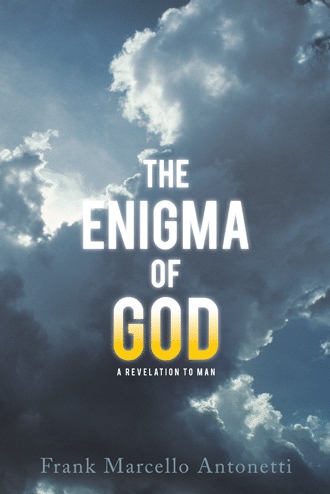 God is an original thought as humanly can be perceive. From eternity this an original thought. It preceded any other and has no beginning nor end. For in it's perpetual timeless state, original thought is a human allocation of God. The understanding of God's true nature at our stage of evolution can only be used in substitutions. It is futile to try to explain the true nature God apart for saying God “IS” and is “ALL THINGS”. These timeless statements found in human history are feeble attempts of explaining God's true nature. Others have explained God as the circumference which is everything and the center which is nowhere. These are allegories for the mind to conceive of God. Original thought manifests in many plains of existence. In our currant state of being called reality. It may be difficult to conceptualize it for it has it's degree of understanding with it's degrees of effects. Actually, those who believe they have an original thought, attributed to God has created the heavens and the earth with it's universes, galaxies, stars and planets.

You will come to know yourself in a deeper way of love and self acceptance realizing that there is nothing you can do that can offend God. Even when you think you are bad, you are working out a role as a son in need, a need that God will satisfy. Today accept your role in God’s plan by being you! You are the savior to the world; we are counting on you. Discover your inheritance today.

Frank M. Antonetti has been a self-taught scholar of spirituality since the mid-1980s. He started his training with the tarot card and introduced numerology and Kabbalistic studies in time. He learned astrology and Egyptian mythology in the ’90s and took on formal training in theosophy in 2000 at the United Lodge of Theosophy in New York City. The works of H. P. Blavatsky and Mary Baker Eddy formed his consciousness to what it is today. Buddhist and Hindu studies equally inspired him. Now he has surpassed all of them and is on his own path of enlightenment. Secondary knowledge isn't of his interest now, as his own writing has opened up a world of primary knowledge. He served as an acolyte at St. John the Divine in New York City for twelve years. Regarding religion, he is of all religions but not claimed by one. He is a happy resident of Miami Beach, Florida.