My Journey Through Panic Attacks 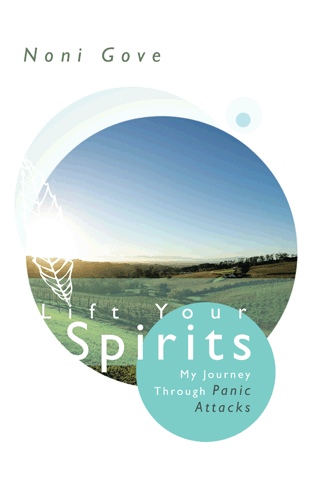 LIFT YOUR SPIRITS 1995 A very vivid memory from the early hours, 2am to be exact, of Wednesday 15th October 1995, brings me to write about this particular journey in my life. I faced my demons, not knowing what the hell was happening to me and not at that stage thinking for a minute that it would last for two hours and to a lesser degree on and off over the next eight years. Living on my own had not been a problem for me after my divorce five years earlier. This night I woke in terror, I thought to phone an ambulance but I also thought, I will be dead by the time they got here. I really thought I was dying, what ran through my mind was “well I have no debts, I don’t owe anyone anything, my kids are up and running and leading their own lives, so it is OK for me to go”. Was this what a heart attack felt like, was this shaking throughout my body going to end in a stroke or paralysis of some kind, was my head about to explode and my brain to shatter into a thousand pieces, like a light globe going off in sparks? Was this shortness of breath going to tighten my throat and cut off the airways altogether? Was I going to end up as a puddle of water from the sweat that was pouring from my body? Would any one find me or would I just evaporate in to thin air, or a heap of ash, like those mysterious self combustions? The sheer horror of the situation stunned me into a state of a blubbering mess. I wasn’t thinking straight, I almost wanted to die, yet feared it, wanted to seek help but didn’t know how, wanted to move but my body felt as if it was no longer a part of me. These thoughts and feelings are as strong today as they were sixteen years ago. After those two hours in October 1995 my mind and body said enough, enough. I finally must have drifted off to sleep thinking, if I wake up I wake up, if I don’t I don’t. I was happy either way. When I finally woke up, I had the feeling I had been run over by a heavy truck or was it a steam roller? I had no energy and realised there was no way I could face up to doing the six hours of remedial massage that my clients had booked in for that day. There was no way I could help myself, let alone anyone else. I was flat out putting one foot after the other, I felt I had been through a wringer or was it a mangle, and several times at that. I rang and cancelled all my clients for that day. It was the only time I did that. When I commit to something, I like to give it one hundred percent and I really don’t like letting people down. I feel I have failed them in some way. For a few years I felt embarrassed to tell anyone about my experience. I thought they would think I had gone off my head, or worse still was making it up. I feared no one would believe me, so I just got on with my life as best I could. Plus the fact I was not sure what had happened to me though it was frighteningly real at the time. My energy my body, breathlessness and heart palpitations, neck and shoulder sweats and pain in my sternum again in the early hours of Wednesday morning. A feeling of weakness and lethargy always accompanied these attacks the next day. I went to a homeopath, he gave me some Rescue Remedy, which was to become my main stay for years after with other homeopathic remedies. They did help a little but these nights did persist. At home I went to see my GP, who told me I was suffering from rigors. I asked him if that was anything to do with rigor mortis, he assured me it wasn’t. I had chest x-rays, blood tests, urine and stool tests and checks for tropical diseases. He put me on medication to calm me down, sometimes it worked but mostly it didn’t. I also went to Sydney to have Live Blood Analysis, which showed my immune system was low but not much else to worry about... well there was Candida Albicans, heart stress, general toxicity, heavy metal toxicity and allergies were picked up. My GP sent me to a cardiologist for an echocardiograph and ECG, to find out that I had hypertrophy of the left ventricle of the heart but it did not warrant treatment.

After eight years of searching for an answer to release nocturnal panic attacks, the author Noni Gove finally found the solution. Here is her story of never giving up hope, keeping an open mind and pressing on with life to the full, regardless of debilitating circumstances. This journey is a year by year account of the numerous modalities and treatments that she reseached and experienced along a very rocky and rough road to recovery. She managed to travel the world and detach from the sensations, which from time to time were so overwhelming. It was an incredible lesson In letting go of the fear factor and trusting that the universe would provide answers, one just had to keep an open mind and not miss an opportunity. How free her life has been since then, how glorious the days and especially the nights, how great it feels to have energy to support others on their journey. No doubt everyone has many aspects of their lives with peaks and troughs, mine has been a journey of extremes in a way, of complete changes in direction, challenges and adventures of the mind, body and spirit.

Noni Gove grew up in her family home in the Southern Highlands of NSW Australia. She has a Diploma of Dental Assisting and numerous Diplomas in many forms of Remedial Therapeutic Massage. She is interested in alternate therapies, the mind and how it operates.