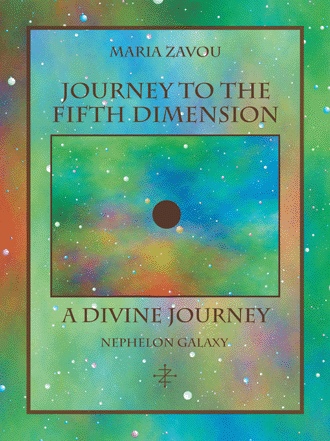 In the past, as I underwent my training, I always wondered why I can’t be happy and why problems should keep succeeding each other. Then, I presumed that there were no reasons generating these chained events. I looked at the world filtering everything through my personal prism, justifying myself and blaming all the others continuously.

When, during meditation, I began receiving images of our celestial home, I began my visionary journeys to meet my genitors. There I was taught that the genitors of the soul are the divine Higher Selves.
They constitute births of a higher spiritual essence that puts the universe into motion.

When for the first time I came in front of my Higher Self, I felt awe. Although I felt really small compared to it, I found the courage to ask: “Why do I not have abundance, joy, creation or contact? Why do I lack wealth? Why should I live in hardship?”
Then my Higher Self looked at me sweetly and gently replied: “Enter me and see for yourself”

I found myself in a world of swirling cells. In each one I recognized a small part of me. He asked me smiling: “My dear Mary, what did you see?” My heart leaped and I answered: “What I saw is that my cellular structure resembles yours, but you do not have or face the same problems that I do”.
Then he revealed to me the following: “You are highly qualified to obtain wealth and to create your own personal paradise. You can achieve it, provided you enter and go with the flow of your mission”.
Since then, its words echo in my ears. Now I fully understand them, whereas then I strived to find the thread which when followed upon would liberate me.

Each and every human being has the potential to improve or to cancel his old scenario (destiny). To achieve this, he only has to sustain the psychic counterparts that are connected with higher intellect and higher consciousness. To come into contact with higher intellect man needs to unite with his Higher Self, who sustains and preserves the divine spark and keeps it inextinguishable.
Collaborating with that celestial entity helps man develop forgotten capacities and powers and assists man in taking a major turn in his life. When man arrives at the realization that all the events in his life, either positive or negative, are actually attracted by him, then he has taken the first step towards true deliverance. That knowledge gives him the potential to make his choices with clarity and to realize his goals.

In each incarnation, at some specific juncture of time in our life, a clue is given to us that functions like a code. Provided we interpret that code, the course of our karmic scenario alters and we enter the path that will lead to self-knowledge and self-awareness.

Many people simply ignore that code, going on with their karmic scenario that includes harsh lessons to be learned and conflicts to be resolved.
That happened to me as well, until I realized that as long as I kept myself on the course of my new scenario, everything would flow smoothly. However, whenever I was incapable of controlling the constituents of my lower personality, I would immediately have to bear the consequences of my own toxic behaviour. Thus, I have learned how to identify the frequency of that energy flow and am now able to remain there for longer periods of time.
I entered the new personality of my energy body, after I awakened, by applying specific procedures.

JOURNEY TO THE FIFTH DIMENSION

A true transcendental journey to the homeland of the psyche…

To the dimension where the future is grounded…

The Fifth dimension is an inner dimension which is administered by the divine essence of the universe, with thousands of galaxies. The so called Nefelon Galaxy has millions of stars, all of them inhabited. All of the stars pulsate with high frequencies and belong to spheres of different perception. There exist forms; though the molecular synthesis is more subtle.

The Nephelon Galaxy is the world of the completed existence, where future mutations are planned and ascertained. It is there that everything is materialized and then channeled to open-minded people on Earth.

As time travelers, we can now journey to the wonderful planets of the Nephelon Galaxy, and participate in advanced programs of self-awareness and transmutation to receive divine genetic proto-forms through hyper frequencies.

Divine power is therefore activated from these advanced programs, and the participants develop hyper awareness and intellect. Thus, their neurons are transformed, certain charismas appear, and creation and material abundance emerge within the people who experience psychic and spiritual advancement; love is upgraded.

The high frequency vibrations activate the union of soul-mates, bonded with love energy of a higher level, while women’s uteruses are mutated in order to bear crystalline souls.

The rising number of births of crystalline souls defines a new circle of Earth’s evolution and development—preparing the way for the meta-humans.

This book contains secret keys, which constitute codes for mutation and transformation—codes that activate the psychic archives of people. Thus its readers, unconsciously, go through the initiation stages and ascend evolutionary levels.

Maria Zavou was born in Piraeus, Hellas. She is a painter and writer. In 1985, she had her first experience of higher communication through channeling with angelic fields. In 1999 she established her school, an Academy of Fifth-Dimensional Angelic Initiation, concerning DNA transmutation and awakening. She has written six books.