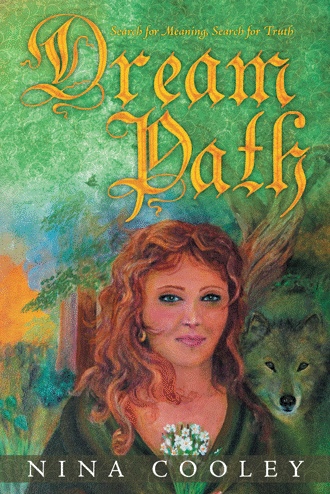 As a teenager Suzi spent hours alone in her room reading, writing, listening to music, playing guitar, composing songs, doing macramé, drawing, journaling, painting, creating poems and stories, and we knew, smoking pot. We only learned later that she was also experimenting with hard drugs. Her poems, stories, and journal entries cry out for the freedom to be herself and do as she would, for the freedom of all victims of oppression of every kind. She chafed aloud with outspoken honesty against rules at home, at school, in the culture, railed against ignorance, hypocrisy, waste, excess, and what seemed to her blind and stupid destruction of earth’s precious gifts. She drew people to her or she repelled them. Her first grade teacher feared and disliked her openly, overtly. The teacher of her second grade class adored her, took her to lunch and on special trips, gave her books of poetry. The pattern continued into high school.

She was desperate to learn. But she wanted to learn about life, and so little in school seemed relevant. She saw the absurdity, the burning irony, of being “imprisoned” in an institution of learning while life was going on all around her out there! Her impatience and frustration knew no bounds. “So much to learn and so little time,” speak the words of her journal, over and again.

She loved the solitude of the woods. She went there often to find peace and healing, to lie against the earth and look up through the towering trees as they gently swayed, dark against the blue, blue Colorado sky, to listen to the myriad musical sounds of soft winds playing through the branches, percussion of woodpeckers, smaller sounds of birds and other forest dwellers, to breathe in the fragrance of spruce, fir and pine – and of freedom. She was never afraid, even camping alone overnight. Once she came home from one of her outings for provisions. I returned with her, for she was eager to show me her beautiful campsite some three miles distant. Meantime, a bear had visited her camp, had moved a big log to get at ants beneath, and had put claws or teeth through a hard plastic jar that had earlier contained beef jerky. These were indisputable signs, yet she insisted that she was safe and would return to sleep the night.

April is capricious in the mountains, mirroring the many moods of Melanie Suzanne. She and I had had a pleasant sharing in her room the evening before. I thought the mood might carry over, but when I heard her step upon the stair that April morning, I knew it was another bad day for her: she sounded impatient, out-of-sorts. It was spring, a lightness to the air, and warm. Although the weather, we all knew, could turn to snow with little warning, she left wearing only a jean jacket for a wrap, one she had embroidered herself, a bright design on the back. How clear the memory is! Her long hair was pinned up prettily in a kind of French role, a small comb to each side. She had on jeans, a colorful shirt of soft peachy-tan background with both small orange flowers and a geometric figure a shade darker. Her knee-high leather boots struck the floor in a decisive manner. She walked past the breakfast table, picked up a small piece of toast, and strode from the house ten paces ahead of her younger brother, scolding about having to ride the school bus.

Suzi was not on the bus with her brother that April afternoon. Hours went by, I thought she would call. Bob arrived home from his scheduled trip to Chicago. I told him I was worried. “Oh, you know how she is, all drama!” he said, “ We’ll hear from her.” I called her two closest friends, but she had said nothing to either of them of her intentions. One girl told us that Suzi had spoken of a Pink Floyd concert she was really keen to get tickets for, but the girl knew no more than that. I called other kids, asking if they had heard her speak of making plans with anyone. Someone thought she might have left school early but the school was up in the hills and she had no transportation. Where was she?

NOW IS A TIME OF GREAT CHANGE ON PLANET EARTH.

The experts remind us that we are now seven billion people in competition for earth’s resources and straining her capacity to provide. We must evolve a new paradigm where Earth’s gifts are acknowledged and revered, recognize that there is enough for all if we let go our fear-spawned greed. As we are all related, each a part of a magnificent whole, all dependent upon Mother Earth, we can learn to work together in love, awareness and compassion.
The great impediment to achieving this lofty mind-set is Fear, set in place and handed down over generations and manifesting in suspicion and judgment of others, feelings of scarcity, and often, self-doubt. It is the task of each of us to take a look inside and try to understand the source of our own fears.
This work describes such a journey, stepping as it does from Dream to Dream, banishing the darkness where fear had reigned.

Nina Cooley, now retired and widowed, lived in Texas and Colorado before moving to California with her husband. Desperate for answers to Life’s mysteries following the violent death of her teenaged daughter, she began recording dreams, became a psychotherapist using dreamwork where appropriate. She currently facilitates a small circle of devoted dreamers.