What If They Knew?

Secrets of an Impressive Woman 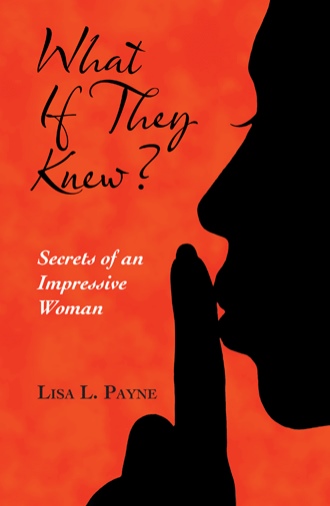 Yes, I am an Impressive Woman. And before that, I was an Impressive Girl. I have always been one of those people that everyone revered because I looked like I was untouchable. You know what I mean... I was good at most things that I tried and I tried everything: music, sports, arts, school, boys. I had many friends and, therefore, many social opportunities. I knew many people and most of them thought that I was the epitome of success. That didn’t change as I grew older and took on the roles of university student, career woman, wife, and mother. But as those new hats added up, I didn’t let go of much. I continued to volunteer, spend time with friends and family, and push myself to carry it all without breaking a sweat.

Until one day, when I crashed. Actually, it happened a little more regularly than “one day” but when it did, it was usually quite dramatic, and I hid it from the public eye. I mean, What if they knew that I didn’t have it all under control? What would people say if their idea of success was dashed by this so-called Impressive Woman? Would their sense of hope be crushed? That’s a lot of pressure. As if I didn’t have enough already!

I feel so overwhelmed with all that there is to do and the pressure to deliver with perfection. I have to have the cleanest house, the best-behaved children, the most fulfilling career, the happiest marriage, the highest yielding stock portfolio... and the list goes on and on.

Forty-five year old Olive, is an Impressive Woman. She holds a managerial position at a prestigious oil company, lives in a nice home in the suburbs with her husband of 15 years with whom she has two school-aged children.  Olive has a wide circle of friends and acquaintances, loves to socialize, and makes room in her calendar every month to volunteer at the local food bank and library.  She spends her free time attending sporting events with the kids and making special dinners for her hubby on weekly date nights. Yes, Olive is an Impressive Woman by anyone’s standards. But what if they knew?...

Olive is overwhelmed. She has so many balls in the air that she’s always teetering on the edge of panic: What if I can’t get it all done, on time, and within budget? What if they knew? She pushes herself to exhaustion and eventually, she crashes. When she does, usually, no one knows. She hides it well. Once her husband and kids have left for the day, she calls in sick, buries herself in the covers, and cries.  Her biggest fear is that someone will discover her weakness; that people will think less of her if they knew. Olive is overwhelmed with her self-imposed burdens. She wants so desperately to be an Impressive Woman that she has kept this secret locked up inside... until now.

Read the confessions of Olive and 100 other Impressive Women as they finally reveal the secrets that have been holding them hostage for much of their lives.  They are women, just like you and me, who have found the courage to love themselves as they are, and let go of the fears that plague us all.  Their stories will touch a chord in you. You will be captivated by the raw truth and emotion as they shed years of pent up anguish and fear. As they are released from bondage, you, the witness, will also be. YOU are an Impressive Woman whose time has come.

Lisa L. Payne is an Impressive Woman. As a coach, speaker and author, Lisa’s mission is to help women move through life transitions with grace and confidence so they can create a life that excites them. Her own journey of transformation has challenged her with chronic pain, divorce, relocation, job loss, and illness. It has also rewarded her with incredible abundance. She celebrates each day, currently living in Newfoundland & Labrador, Canada, with her two children, Joel and Sydney.