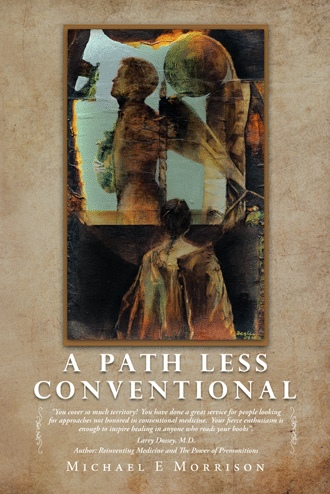 At the start of this path less conventional in 2003 I was so frustrated and appalled at the level of care offered by Western Medicine that I felt I had to step away from allopathic medicines and did so for nearly a period of four and half years without any contact or care from St. Vincent’s Hospital. I was angry at the allopathic options available and the treatments I received. I needed a more positive holistic approach to my health. This approach kept me out of hospital for nearly nine years. Everything needs to complementary support and assist the human body to maintain optimum health and I have begun to realize I need conventional aid. My father said to me that it is not always about the cure, but the quality of life you are leading that is the key to successful treatments. If being honest with myself, at times my quality of health was not always optimal. After one of the worst winters’ (2010) in living memory, my health was poor. I attended the Cystic Fibrosis Adult referral centre clinic numerous times over the year and antibiotics were prescribed. This in line with my path less conventional approaches would help greatly but not seem to ever really clear up my infection(s). In November 2011, after another clinic assessment; bloods and sputum samples were taken along with chest x-rays and within twenty four hours I was called into hospital for multiple infections on my lungs and high white blood cell count. After nearly nine years away from hospital, I was hospitalized. The weekend before being called in for a check up in St. Vincent’s, I knew that something different was needed to address my state of health and I prayed that the right course of action be taken and to accept and allow that course of action run its path. The last twelve months (2011) were periods of respiratory difficulty, all of these were beginning to wear me down mentally as well as physically and after my check up with St. Vincents’ Adult Referral Centre for Cystic Fibrosis, and I knew that something different needed to happen. I humbly sat back and accepted the doctors’ findings and their plan of action. I knew I could not keep pursuing my current path and expect different results. So I let the doctor’s take over (to a point). The day before being admitted I was dumbfounded that after nearly nine years away from hospitalization for Cystic Fibrosis, I was returning. Thoughts multiplied through my head that day and night before going up to St. Vincents hospital. The past number of years I have been pursuing a path less conventional and wrote about the myriad of marvellous healing techniques that I have employed to preserving good health and how I felt I had cheated and failed my writings and my path less conventional. Discussing this with my father, Ed Morrison, I was quickly put on the right track again and to move into a more positive thought stream from my mind. He said that I’ve treated myself for nearly a third of my life without heavy conventional treatment and that this is not a sign of weakness but of strength that I was open enough and big enough to ask for and accept conventional assistance.

I returned to St. Vincents’ the next day at one o’clock and proceeded intravenous drug treatment. Upon hearing that I was being admitted into hospital, I took it a given that a bed was available and ready for me. This was not the case. I was asked to wait for the next available bed and if not available I would have to stay in Accident and Emergency (A&E) or an A&E overflow ward till a bed became free. They called me up for admittance and there was no bed available. So I lay down and meditated and prayed for the next hour while being medicated through my intravenous line. I was not keen to spend my time in A&E for the fear of cross infection that is instilled into all people with cystic fibrosis. Thankfully after time out I was fortunate to receive a bed later that night, ten o’clock to be precise. I was delighted to finally have a bed that was not A&E only to find out that this was an A&E overflow ward with constant daily threats that I would be moved to another ward. Bed management treated me as a piece of meat trading me from one room to ward to another and back again with little thought or concern for the lottery of cross infection(s) with numerous roommates over the three week duration (roughly every three days I was either moved or had a someone moved in beside me). The treatment of cystic fibrosis requires strict isolation policies and a cubicle to yourself to insure optimum care for your condition and to prevent cross infection. I was told afterward that November / December was the worst time to be admitted as the average person with cystic fibrosis admits themselves as soon as possible as soon as the slightest cough or runny nose begins. This being the case, all the isolated cubicles were booked up and over the next three weeks were to remain so.
The ward I was admitted was to be my home for the next three weeks and as one visitor said it was not for the ‘faint-hearted’. This ward made Jack Nicholson’s ‘One Flew Over the Cuckoo Nest’ look like a holiday home. Every day and night was mental gymnastics for the senses. The majority of the elderly inpatients that I shared the ward with were cantankerous, obstreperous, volatile and foul mouthed either violently screaming or aggressively attacking nurses throughout my stay. One night one elderly gentlemen thought he was being broken into and began to scream ‘Help! Help! Help!’ at the top of his voice and then proceeded to attack the staff and nurses’ station with his walking stick. He became a human wrecking ball. Another lady would shout out ‘you shower of creeps’ or ‘gobshites’ for two plus hours or longer through the night. Another would scream as if possessed sounding like a cat being drowned. These were a selection of the sounds that rippled throughout the ward over a 24 hour period from my time in St. Camillus Ward in St Vincent’s hospital. The visual impact of elderly gents wearing loose fitting soiled adult nappies to the same gents crawling on their backsides in adult nappies was a sight that will stay with me for many a year. 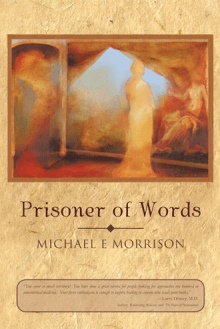 As a person born with cystic fibrosis, though not defined by his illness, Michael E Morrison knows better than most how Western medicine works. In the midst of his daily, very painful treatments, not surprisingly he found himself asking, “Is Western medicine the best way forward?” In this well researched and detailed exploration of alternative medicine, Morrison looks at the work of João de Deus at the Casa de Dom Inácio in Brazil; the method and benefits of Buteyko breathing; the use of energy medicine; the importance of nutrition; and the use of emotional freedom techniques (EFT)as well as other alternative treatments. He compares the results of Western medicine to those of alternative therapies and finds that, often, getting back to nature and listening to our bodies can be the best way forward in leading a healthy, fulfilled life.

For over a quarter century, Michael E Morrison was a robotic disciple of Western medicine, relying on the latest wonder drug to treat his cystic fibrosis.  He reached his nadir with conventional medicine when the head consultant referred to him as “Twiggy,” and he realized that the treatments were often making him worse, not better. He began looking at alternative therapies, which understand the totality of illness. He embarked on a spiritual journey, learning techniques to unlock the physician within.