The Transformational Guide to Live in Peace 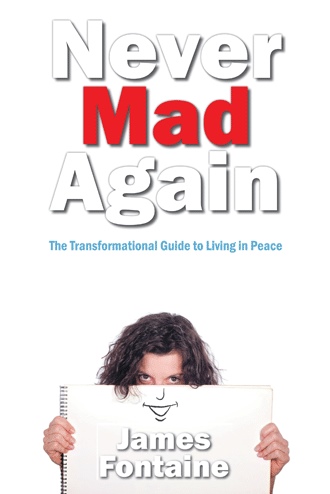 CHAPTER XV FINDING THE SPIRITUAL SIDE OF ANGER Anger, in its essence, is the search for oneself. It is born of the desperation of not finding the self as it really is and not as the ego has told us. Being angry, viewed from the spiritual side, is being unhappy with who we are. At bottom we are really not angry with anyone but ourselves. At the moment when we get angry, we are reflecting the fact that we are not happy with ourselves, therefore our anger becomes a kind of inner search, a search for our true being; we get angry because we are not in contact with our being and therefore we feel bad. The ego hides this truth and makes us believe that we are angry with someone else. The search for our being is not bad, just the opposite; it is great. We only have to realize that anger is a search. Our true self knows that deep inside of us there is something more than what our ego tells us, more than the image the ego projects to us. We know that we are not that image; we know we are much more than that, and that's why we're searching for our real self. Anger holds wisdom. The spiritual side of anger can help us grow. It is our task to find the truth of what we have always known but that has been kept hidden from us. We have to remember it. Eckhart Tolle, in his book, The Power of Now, tells the story of how his life changed when he hit bottom. At that moment he realized he could no longer live with “himself”; in that moment he knew that if he could not live with “himself” it meant that there were two people inside him and that one of them must be unreal. He realized that he was the observer and that the other was what he thought he was—that other one was the unreal one, the part that did not really exist. He realized his real being was the one who did not want to live with the unreal image that was created by the ego. At that moment he realized his true self, he realized that everything that had happened before was not bad but rather an intense search of his true being. And in that instant he finally found it. In essence, we just get angry with ourselves, we can’t get angry with anyone else because we are the ones we feel bad. We believe we are the thoughts we have. Well, the other person has his own thoughts, and probably his anger too. The father who is angry with his son, who broke the camera, is not angry with the child, although it looks like it. He could even take his anger out on the child. But he is angry with himself because he knew that if he left the camera within the child’s reach, it was likely that something would happen to it. But he could not accept that reality. Like all of us, he was used to blaming others; he had not learned to take responsibility for his actions. The result is anger. When we get angry with someone else, we are angry with ourselves, because we couldn't convince others to think like we do. That is the ego telling us we are right and the others wrong. We don’t know or don’t want to admit that we are responsible for all of our actions as well as their consequences. We are responsible for everything that happens to us, consciously or unconsciously. But we have been trained since childhood to avoid that responsibility and blame others for what happens to us.

Never Mad Again is the definitive guide to overcoming anger, improving relationships, and developing an ongoing sense of inner peace and balance forever. It discusses where anger and personal conflict comes from and what we can learn about ourselves and others as we learn to release the powerful influence of the ego.

Never Mad Again uncovers the psychological mechanics of rationalization and rage by exposing the complex tricks of the ego, including establishing blame to garner approval and seeing ourselves as “right” in every situation.

Never Mad Again creates the foundation for the real work of releasing defensiveness and the need to control others' emotions and states of being. It explores the possibility that the conditions of anger can be changed with awareness of the ego and a determination to release old emotional patterns.

Written in a straightforward way, Never Mad Again empowers the reader to finally ask the most important question of all: who am I … really?

James Fontaine has been studying consciousness for the last ten years on a variety of personal development and transformation subjects, including A Course in Miracles, Logotherapy Transcendental Meditation, NLP, The Four Agreements, Law of Attraction, and Reiki, among many others.

Fontaine studied English in Cowichan College in British Columbia, Canada, and engineering at the UASLP.

Has been an entrepreneur for years, and as a lifelong student of the mind/body/spirit connection, Fontaine owns a Pilates studio. Recently he moved to Boulder, Colorado, in order to conduct consciousness development seminars in the United States.

He is also an avid athlete and has completed several marathons, triathlons, and recently his first Ironman.