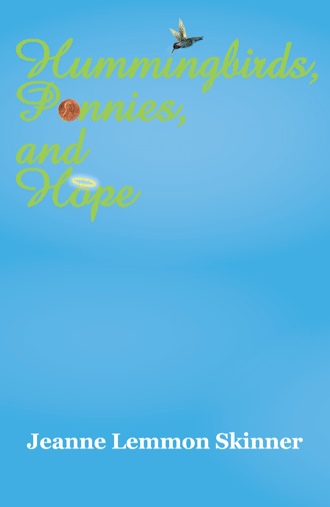 Anna was assigned to present on Monday, the first day of presentation week. She was both excited and nervous. She had practiced twice, once with Maddie and once with her Mom; she knew she could meet her time limit. Anna hoped the class wouldn’t think angels were a dumb topic. She had been so sure that being unique and totally different from what everyone else was doing was the way to go, but now as she was about to present, she was scared she’d be laughed at.
As required, Anna began with a short history of angels. She taught the class that people in various religions believe in angels. She wanted her classmates to know that believing in angels was not some fad. Most of the kids gave Anna their polite attention. However, when she came to the part of her presentation about how to communicate with angels, her audience became genuinely interested. All eyes were on Anna, and many were leaning forward so they would be sure not to miss anything she was demonstrating.
She showed the class how to ask a question and receive an answer with a deck of angel cards. She also showed the class a pendulum. Someone shouted, “No way,” as the pendulum began to swing. Others argued over whether Anna was causing it to move. Every presenter was allowed to take a few questions at the end of his or her presentation, and Anna saw many hands in the air when she was told her five minutes were up.
“I thought your presentation was pretty interesting, but I don’t believe we each have an angel just waiting to talk to us. If that’s true, why hasn’t mine knocked me on the head a few times or shouted in my ear?” asked Jeff as he leaned back in his chair.
“You have to be willing to hear them. If you don’t believe then how could you see or hear? I think it’s like having a closed door. You have to open it to see who’s there.”
“Can you use those cards to ask questions about someone besides yourself?” Tara asked from the front row. She had listened intently throughout the entire presentation.
“Sure. There are a lot of people who do angel readings. Many call themselves intuitivists, because they have developed their intuitive powers to be able to not only read the cards but to sense a deeper meaning for their clients.”
“Could you do that?” continued Tara.
“I don’t know. I haven’t tried. I know I’d be nervous to try to read for someone else,” Anna said, and then she called upon another student. “Amber.”
“How are those cards different from Tarot cards? And isn’t fortune telling a practice of witchcraft?” stated Amber with a smug look on her face. She was editor for the school newspaper and always felt the need to ask questions as if she was an investigative reporter.
“I don’t know anything about witchcraft or Tarot cards. I do know that the angel cards are filled with loving, supportive comments. Readers usually pray before they use the cards, so that doesn’t sound like witchcraft. I don’t think there are any witches outside of fairy tales. There are Wiccans, and their religion is called Wicca. I read a book about angels written by a Wiccan, so obviously some Wiccans must believe in angels,” Anna explained patiently.
“Anna can take one more question, and then it’s time for Aaron to present,” said Ms. Peters trying to keep the class on time.
Becca Stitch seldom asked questions in class. She seemed to either isolate herself or the class avoided her. Whatever it was, she was one of the easily overlooked persons in the class. “I’ve used a Ouija board before. I ask questions, and I get answers. Isn’t that like your angel cards?” she asked.
“I’ve used a Ouija board before too. I don’t know how the Ouija moved, but we did get answers. I believe that since I pray and ask for my angels to be with me, I know where the answers are coming from. I know I am asking my angels for an answer, and I don’t know who I was asking when I used the Ouija board.”

Anna is a typical high school student who is tired of writing boring research papers. When she decides to research angels, however, all that changes—in fact, her life changes. She learns that her grandmother and mother both know how to communicate with angels and that both have received signs from deceased loved ones. When she discovers her grandmother’s angel cards, she uses them to communicate with her own angels. After her presentation to her classmates, she reluctantly agrees to teach others how to use angel cards and is compared to a witch by the editor of the school paper. Anna faces the disapproval of her father, the vice-principal, and her best friend as her angels continue to leave her pennies as a sign of comfort. When she is asked to assist a famous author in teaching teens about angels, Anna is not sure can handle the pressure.

Jeanne Lemmon Skinner has taught English for twenty years and is a graduate of the Ohio State University. She attended an angel workshop in Miami, Florida about ten years ago that was taught by Doreen Virtue. Her book is fiction, but the events that happen in the book are real experiences. She wanted to write something uplifting for teens. So much of what her students read in what she calls the teen issue genre is heavy and depressing.
She has found her students to be searching for something to hold on to. They represent various religions, and many have no religion. God is universal for all people and she believes that knowing His angels are there for everyone is comforting. It is her hope that young people, and old, will find hope by reading Hummingbirds, Pennies, and Hope. She lives in Columbus, Ohio and has three children and her husband has two. Together they have nine grandchildren and all regularly receive books from Grandma!