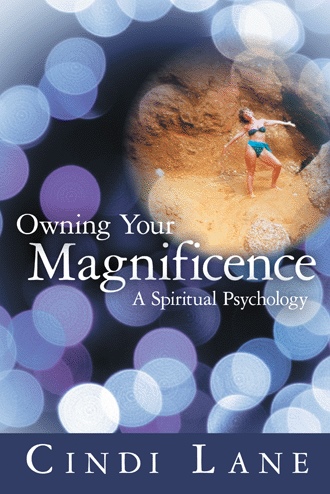 The Myth of Mental Illness It is very unlikely that Jesus will show up as an individual like most Christians believe because our society would put him in a psychiatric hospital or jail and those with Christ Consciousness cannot be fully effective in such a restrictive environment. It is interesting to note that when psychiatric patients are put into four-point restraints they are put in the position of the crucifixion. These patients have been witnessed doing Reiki and counseling for other patients and the staff tends to love and respect them. Those of Christ Consciousness do not need the locked units like the suicidal and homicidal patients to be safe because they are there to serve. They have a hard time keeping the focus of themselves because integration of the ego and the Spirit did not proceed transcendence of their ego. Heaven is five inches above the earth and these patients have a hard time being grounded. Many of them are extraterrestrial walk- ins and have no idea of what psychology calls “reality”. They are definitely in an altered state of consciousness and if family, friends and the community had more patience, tolerance and acceptance they would not have to be in a psychiatric hospital to begin with. Keep them at home because although they may be talking fast and moving quickly, they are not hurting anyone. It is important to tell them that they are not having a breakdown but a breakthrough to a higher level of consciousness. Dialog with them about their spiritual insights because there is great wisdom there. Encourage them to journal their experiences and let them be alone if that is what they are asking for. Sometimes, the stimulation of others is too much. Psychiatric hospitals are filled with patients who open ancient eyes to their true divinity but do not have a divine home station to plug into. The brain is much like a computer and if there is an information overload one can become psychotic and think that they are the only second coming. Usually they are diagnosed as having bi-polar disorder which used to be called manic-depression or a messiah complex. This is a spiritual emergency because families, the community and the hospitals give no validation to the spiritual experience itself. Granted, without guidance patients are doing a “spiritual by-pass” a term coined by Jacquelyn Small in her book “Awakening in Time”, by having their heads in the heavens, without doing the necessary emotional work on the earth plane. Some think they can go directly to the light by avoiding the genuine emotional work that needs to be done. This can lead to a spiritual emergency if you are not careful and do not have the proper guidance. If it works at all, it will only be a temporary fix that will inevitably come to pass Jesus wants his brothers and sisters to be in a better environment for their awakening. Indian ashrams and spiritual emergence centers are much better alternatives. A spiritual emergence is a gradual, more transformative way that most people awaken. This is a world renaissance happening here and everyone is needed. These are the following ways to ensure a spiritual emergency becomes a spiritual emergence. If someone thought they were the second coming and went to an ashram would not meditation, yoga, vegetarian food and guidance from a guru be a better situation than seclusion rooms and psychiatrists that think they know someone’s truth better than they do? A spiritual emergence center would be really ideal. It could be staffed with holistic psychiatrists, even though at times medication would be necessary. The holistic approach seems to accept the medical approach much more than the medical approach accepts the holistic approach. There would be acupuncture, massage, integrative healing, horses and jacuzzis opposed to over- medication, restraints and a demoralization of the patient. Patient infers sick so at spiritual emergence centers individuals would be called clients because it is a business relationship and they are not sick, just biochemically imbalanced because the brain cannot adjust properly to the intense spiritual energy coming down from the heavens. If they are not sick, they cannot be mentally ill which is a myth like many other illusions this world assumes to be true.

Owning Your Magnificence A Spiritual Psychology was inspired by a path to enlightenment called A Course in Miracles. There are many paths to enlightenment, but from the top looking down, there is only one. I was a traditional psychologist in my twenties, however, there seemed to be little room to talk about spirituality, except to mention “a spiritual awakening” and the importance of service. I have been an Advanced Teacher of the Course for twenty-five years and made the divine decision to become a Licensed Clinical Mental Health Counselor so I could be in private practice for twenty years. My second book, A Spiritual Emergency—The Myth of Mental Illness, will soon follow.

CINDI LANE has been a psychotherapist for over thirty years. She received her BA/MA in psychology/education from Boston University in 1978. She currently provides workshops for The Holistic Self Care Center of Nashua, New Hampshire. In her private practice, she is now an intuitive counselor, Magnified Healing Teacher and Reiki Master. She is married and has two teenagers.