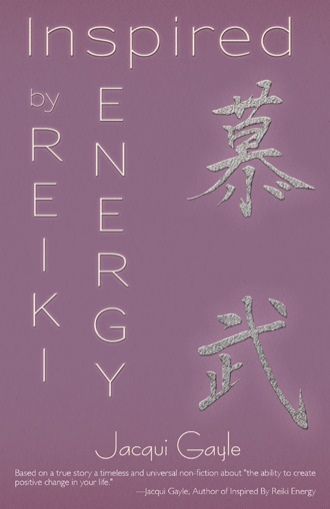 I set myself the goal of achieving freedom from my depression and attaining peace of mind. Each day after the kids had gone to school I set about motivating myself to try this formula. Following the book's suggestion the first thing I did was to find a place of my own where nobody would disturb me. This place was my home. I had stopped going out and mixing with people as I felt my personality had disappeared. I was certain that nobody would be calling on me at home. People pick up on negative energy (by negative energy I'm referring to a mind set and attitude) and are disinclined to be around people who are full of ‘doom and gloom’. People generally want to be around happy, vibrant people as they feed off the positive energy and enthusiasm and this is how I wanted to be again.
I needed to find somewhere which I could feel calm and completely relaxed os on the first attempt I went upstairs into my bathroom and locked the door. I did this to establish ground rules for myself and to set the precedent for the times when my kids may be around, when it would still come natural to me to lock the door. I then sat on the floor, as instructed, legs crossed, back straight, hands gently clasped in front of me, in a basic Yoga position. The secret of the formula was to empty my mind and try not to think of anything, concentrating on one object which I chose to be a lighted candle. I would breathe gently and try to relax while focusing on the burning candle. The author encourages the approach that if in the meditation process you can reduce the number of thoughts flowing through your mind, you may eventually get rid of the internal chatter, allowing your mind to become more creative.
It is not an easy thing to achieve and for the first few days I would sit trying to empty my mind, getting frustrated with myself when nothing appeared to be happening. Although I was in the bathroom at the back of the house I was still aware of the aeroplanes flying overhead and the children playing in the school field. I was so desperate for this formula to work for me that I stuffed tissue paper in my ears. This was not totally successful so I invested in wax earplugs from the chemist, which worked a treat.Initially I was expecting this process to last for an hour but I quickly realised this was far too ambitious, so I reduced the time to a 15-minute session each day. This was much more realistic but I still got distracted so I made the decision to focus on the lit candle sitting cross legged as the author required and staring blankly at the candle flame for a minute at a time. I would tell myself that for the next minute I would think of nothing. This seemed to work and each day I was able to manage it for a little while longer, I was now able to concentrate on my flame without the ‘internal chatter’ for increasing periods of time and if occasionally a thought popped into my head, such as what was I going to cook for dinner, I was able to give that thought to the flame and carry on focusing.
Eventually at the end of six to eight weeks I was managing thirty to forty minutes of meditation, without thinking any thoughts at all. I felt present, confident and safe. Then one day something very unexpected happened whilst I sat in ‘silence, stillness and solitude ‘, which frightened the living daylights out of me. I could feel myself moving which I thought was my imagination I quickly dismissed the thought, continuing to focus. Suddenly however, out of nowhere I started to levitate off the ground, very very slowly. It lasted for about forty seconds and I was so frightened that I scared myself and fell back down onto the floor. I remember asking myself what on earth happened there? I started to say “Oh my God!” Oh my God!” I then burst into tears and up to this day I have only mentioned this to a few close friends. I was so scared I stopped meditating for a few days.
I then realised that I was now able to blank all thoughts from running through my mind, without being in a meditative state. This made me feel better about myself and so little by little; I started to draw myself out of the depression. I was now focused and so I continued to meditate each day without the experience of levitation. I found I could sit for one or two hours just clearing my mind of ‘internal chatter’, coming out of meditation and getting on with my everyday life only thinking the thoughts I wanted to think. If a negative thought stepped in I would get rid of it at once and replace it with a positive thought instead.

This timeliness, modern-day life story shows how using Reiki energy along with other tools and techniques helped Jacqui transform her life from depression and despair to one of empowerment.

"This is all the ingredients of a good story: conflict, reader identification and plot in which a sympathetic heroine struggles to master Reiki and succeeds through her own efforts. Jacqui has brought Reiki to life in a way that will be very helpful to beginners".

"Narrative non-fiction is at its best when the author reveal something about themselves as well as observing the world they live in. Jacqui does just that. Her writing is honest, straight from the heart, and provides a perfect example of how Reiki can help people overcome personal grief".

Jacqui Gayle was born and raised in west London, England, in the early 1960’s, where both parents were originally from the Caribbean island of Jamaica. Jacqui is a proud mother of four beautiful children: Daniel, Andre, Anton, and Simone.
Jacqui has sixteen years of Reiki experience, and has studied both western and eastern Reiki. She is a qualified and insured Reiki practitioner/teacher, personal life coach, writer and public speaker. Jacqui has travelled as far as Japan to learn Jikiden Reiki with Japanese master, Tadao Yamaguchi.
Jacqui runs a successful business named Time2Heal, where her clients come for healing, learning, coaching, meditation, and visualization sessions. Jacqui lives in a beautiful village called Studham, in the county of Bedfordshire. Now, twice married and divorced, Jacqui remains focused and grounded; she helps out with her local church and charities, enjoying activities such as swimming, reading and entertaining.