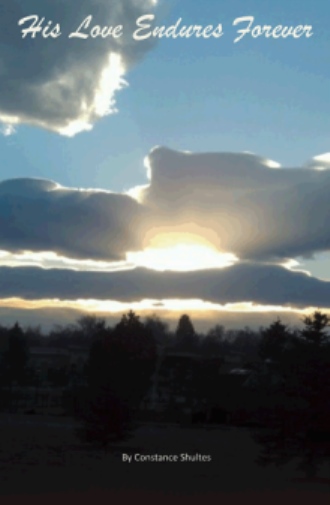 “Do you know you are going to die someday?” I was surprised to hear this question from my friend. I was only eight years old at the time, and I felt I would live forever. Here it was, a lovely summer day, and we were in our favorite spot in my backyard, under the grapevine, which was covered with grapes. Elly was reaching up for another bunch of purple grapes. “Yes,” she went on, her big, brown eyes looking into my blue ones. “It will happen, and you should think about such things.” I wondered how well-versed she was in these matters, as she was two years older than I and attended a religious school. We did not attend church or even own a Bible. My parents rarely discussed religion. It was 1940, and the sky was blue, the sun a rich, buttery yellow. Today, the sun seems a lighter yellow. Could the scientists be right, and the sun may be burning itself out? I had yet to answer Elly’s question. When her mother’s stern voice called her home, she arose and was gone in a flash. I sat on the grass, thinking about what Elly had said, and I decided to go in search of my mother. I found her in the kitchen. She had washed the curtains and had them drying on a wooden platform called a curtain stretcher. It had pins around the edges and held the curtains in place until they dried. She was now washing the windows, and the sun coming in was adding golden highlights to her soft, brown hair. I remember our house always sparkled; my mother seemed to enjoy housecleaning very much. I think she liked it better than cooking, as I don’t remember many of her dishes that I loved. I was very thin and not interested in food, which was a worry for her. As I called to my mother, she looked up at me with her sparkling, green eyes and that beautiful, white smile that I loved so much. “Mother, am I going to die?” She was startled by my question and asked who I had been discussing such things with. I explained about my conversation with Elly under the grapevine. My mother took me onto her lap and said, “You are not to worry. It will only happen when you are very, very old, and by then, you won’t even care, because you will have lived many, many years and be very, very tired.” When we heard a group of friends starting a game of hide and seek, my mother gave me a loving shove and said, “Now go and join your friends.” Traffic was slow on our unpaved dead-end street. I went outside in a happy frame of mind to see a group of friends gathered around the iceman’s open-bed truck. He had gone into a house to deliver a large, fifty-cent piece of ice. To receive ice, a family would put a card in their window denoting which size of ice they wanted. When he was gone, we would jump up onto the truck to gather small pieces of ice to place in our mouths. It felt so cool on a hot summer day. With no refrigerators, the ice was very important for our iceboxes. The icebox held a large pan underneath to catch the melted water. We needed to empty it often before the pan overflowed—which it sometimes did! The young man came back out of the house holding his large ice tongs and yelling at us kids to get off of his truck. We found this very fun and exciting. When the “rag man” came down our street, we were a little leery. He was an old man and not friendly. He came down our street with a horse and wagon, calling, “Any rags for sale?” He stopped when someone came outside with bundles of old clothes and other materials. I heard he made rag carpets out of the rags he bought. Some of the mothers would remind us to be good or we could be sold too. We could hear the “soap box operas” coming from the open windows. Our mothers had the radios on as they worked. We heard Ma Perkins, Just Plain Bill, Amos and Andy, and Our Gal Sunday, stories that continued each day and kept our mothers interested. With friends and relatives living in the vicinity, we had people stop by often. We had no telephones to call and see if the time was appropriate; we were just happy to see them, no appointment necessary.

This story entales a journey from an agnostic childhood. Starting at eight years old, when she is introduced to the idea that nothing in this world last forever by her playmate. The story continues through her life of adventures, challenges and hard times. During this time she comes to the finding of faith and God.

This is a true story of my search for a meaning to life. It includes some of my psychic dreams and ends with what I consider my meeting with God. Hopefully this story would encourage others to "go within" to find their answers as to why we live on this planet and where we go from here. I'm sure this is an age old question most people have asked themselves.