Self-Help and the Bible Volumes 1 & 2 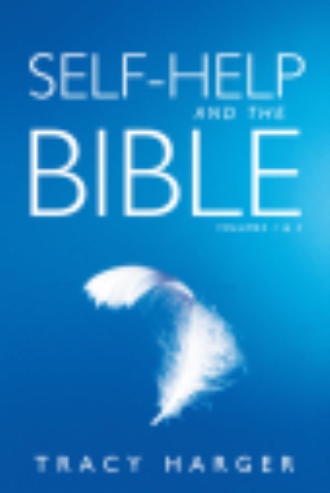 “And we know that all things work together for good to those who love God, to those who are the called according to His purpose.”

“And we know that in all things God works for the good of those who love him, who have been called according to his purpose.”

“And we know that God causes all things to work together for good to those who love God, to those who are called according to His purpose.”

“Meanwhile, the moment we get tired in the waiting, God’s Spirit is right alongside helping us along. If we don’t know how or what to pray, it doesn’t matter. He does our praying in and for us, making prayer out of our wordless sighs, our aching groans. He knows us far better than we know ourselves, knows our pregnant condition, and keeps us present before God. That’s why we can be so sure that every detail in our lives of love for God is worked into something good.”

“We know that in everything God works for the good of those who love him. They are the people he called, because that was his plan.”

“We know that God is always at work for the good of everyone who loves him. They are the ones God has chosen for his purpose”

“We are assured and know that [God being a partner in their labor] all things work together and are [fitting into a plan] for good to and for those who love God and are called according to [His] design and purpose.”

“We know that all things work together for the good of those who love God—those whom he has called according to his plan.”

By now you should be familiar with Romans 8:28. How do we know that we are called according to God’s plans and purposes? The fact that you are reading this book is a good sign that you are called, but the verse says that those who love God are called. The truth is that all those who choose the upward path of righteousness in this conflict of good and evil will be given a mission from God. I don’t want to get into the subject of predestination, but you will have to accept the fact that you may have been foreordained from the beginning of time to fulfill a special purpose for God and the good of mankind. God has assured that everything you will ever need to fulfill your mission in life will be provided to you. We have to acknowledge that our existence is a part of God’s plan and not an accident.
There are several key benefits that we gain from the understanding of Romans 8:28, the first of which is worry. Romans 8:28 totally negates all worry. All circumstances that you may encounter whether good or evil is measured and calculated by God specifically for your ultimate benefit in self and character improvement. There is nothing to worry about ever. Anything painful or unpleasant that we may encounter is there only for our benefit. From this viewpoint all future events that we may encounter is a positive event. Contemplating this fact alone is a cause for gratitude. This explains why some people express gratitude for a seemingly negative event. When the apostle Peter was to be executed by crucifixion, he was overcome with gratitude and begged to be crucified upside down because he felt unworthy to accept the blessing of dying in the same manner as Jesus. Another example is the reception Paul and Silas received from the town of Philippi. It all began with a fortune telling slave girl who followed Paul and Silas around proclaiming that Paul and Silas were servants of the Most High God. While this may sound good, her annoying attitude gave her away as a woman possessed with an evil spirit. As soon as Paul recognized this he immediately cast out the demon. This woman was a valuable source of income for her masters by reason of her spirit inspired fortune telling abilities. With the evil spirit gone so was a valuable source of income. This led to hard feelings which in turn led to false accusations which in turn again led to Paul and Silas having their robes ripped off so that they could be beaten many times with a rod before being thrown in to prison and put in stocks. How would you react if this had happened to you? By the time they were secured in prison it was after dark, and late at night. What Paul did next speaks as the level of self improvement he had accomplished. “…about midnight Paul and Silas were praying and singing hymns of praise to God” (NASB). Read the story yourself in Acts chapter sixteen. The jailor that put Paul and Silas in stocks ended up cleaning their wounds where they had been beaten. Not only that, he and his entire household were baptized that night. This story is a good example of Romans 8:28 in action. Eventually all things did work out in concert with God’s ultimate plan for the betterment of all parties involved. From this story we learn to always have an attitude of praise and prayer in our lives. Bible scalars have long discussed what Paul was praying about while he was in prison. We just don’t know. Some theologians however believe that Paul was expressing the deepest levels of gratitude and forgiveness while he was in stocks with severe wounds on his back. There are other lessons we can learn from this story. First: The person that compliments you could have an evil spirit. Second: The jailor that shackles your feet may be your best friend.

Besides giving Biblical examples that will increase your faith this book covers the concept of letting go, the importance of Romans 8:28 in your personal development, and details the history of important figures who have implemented the principles advocated by Napoleon Hill. This book like no other describes the generosity of God in a way that will give you hope.

Tracy Harger is a theologian living in Northwest Arkansas. He has a varied work history and a military background. He uses his in depth knowledge of scripture to connect self help topics to Biblical facts in such a way as to induce faith. This book was written to assist you in your own personal growth.