Adventures of the Little Red Fox 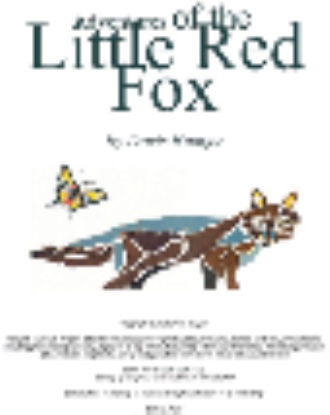 Winter was finally saying good-bye. The sun broke through the angry gray sky and sent its rays to every nook and cranny to warm Mother Earth. Little streams gurgling noisily with crystal-clear water were finding their way eagerly around big boulders and gnarly old roots. Slowly Mother Nature’s white blanket disappeared, and she started breathing easier in the spring sun. The forest is now filled with bird chatter, insect-humming, and furry forest-dwellers on their nightly rounds. The young fox, or kit, worked his way through the elaborate underground den to see what kind of spring day it would be. His parents were still asleep, and besides, he knew pretty well how to take care of himself. It took quite some time before his eyes would get used to that bright sunshine. All these new scents, which entered his nose, were so delicious that he jumped at his first adventure. Oh, it felt so good the way the wind was stroking his fur. Beside himself with spring fever, he followed the scents through the fields and woods.

Follow the little red fox into the forest on his first springtime adventure. He leaves home while his parents are still asleep.
In his search for excitement he encounters other forest dwellers. He makes friends with a beaver family as they are busy repairing their dam and there he learns his first lesson. The beaver explains to him why beaver dams are so important. Just as he leaves to go home he has an accident.
When he gets totally lost in the forest and is tired and scared, he meets a deer and her fawn. Will they take pity upon him and return the little fox to his parents?
What will he tell his worried parents when he returns home? How will they greet him after searching for him for many hours?

Born and raised in Germany, Doris Rueger attended college in the US and graduated with an MA in literature and journalism.
She retired from the scientific community after 30 years and now pursues her love for literature by writing and illustrating children’s books.
Doris lives in Bellport, NY.