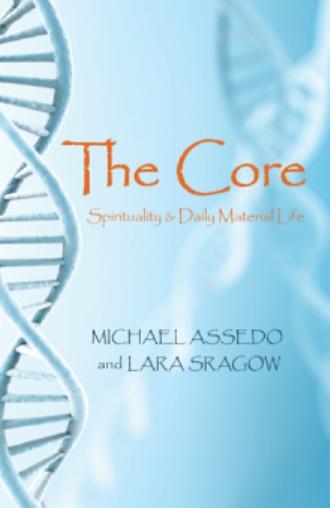 Think Inside a New Box

On the opposite side of the spectrum, we have considered a spiritual person to be religious. In this case, we are reminded of age-old requirements of killing a calf to abstaining from our sexuality. Either way, the concept of spirituality has often seemed physically and materially limiting in one way or another . . . until now. With the dawn of a new need, new ability, and new consciousness, spiritual laws are more down to earth than ever. Meaning, they incorporate our physical side and our material world now more than ever. They actually operate differently than ever before.

First let’s take a look at what happens when we do not apply spiritual laws to our daily life. When we do not apply the spiritual laws, we are left with the physical laws of our animal nature, called survival of the fittest or even dog-eat-dog. Then we are without the magic of our higher, brighter, mightier creative forces. Then we fall into victimization, judgment, blame, fault, gossip, comparison, over thinking, fear, resistance, being right, and so forth (as opposed to ownership, utilization, presence, not fearing the fear, softness, acceptance, and so forth.) This easily leads to a downward spiral instead of an upward spiral in any one of three exchanges of energy—money, sexuality, and food. Then we have a black hole where we are never really full instead of being full and, in particular, full of light.

They uplift us from survival of the fittest to thriving of the most aware. They uplift us from dog-eat-dog to win-win. And we each receive the double win. We earn not just an upward spiral instead of a downward spiral but also a double upward spiral (inwardly and outwardly in the material world). Actually, they uplift us to a triple win (win-win-win), because the collective consciousness also gets upgraded when we apply them. In essence, the universal laws free us from the limits of our physical side (inner animal, body, ego, mind, and fear) without the long- awaited and unlimited creative forces of our spiritual side (inner angel, higher self, spirit, soul, and heart).

Now let’s take a look at how the universal laws include both sides of us, using the ego as an example….

Let’s say you are creating four units of happiness in a situation, but you want a value of six units of happiness. You visualize exactly what you think will increase your units of joy. When you receive the value of six units, you cannot utilize the extra two units, because your system did not create it or allow it from within your screen. The extra two become a source of anxiety rather than relief. Now you cannot even enjoy the initial four, because you waste all your energy trying to keep the extra two you have pushed or pulled into existence.

For example, I knew of someone who wanted $36,000. He sent that concept out into the universe through some visualization technique. He received the money, but after a bad car accident, from the insurance. While visualization can change our immediate reality, it does not change the underlying pictures that determined the reality in the first place. Then we have to keep recreating the same pictures until we change them from within our core, through awareness. Since it is like a trick, it does not ultimately take our being forward, and we are the one who just gets tricked.

Our potential is already there. What we want is already there. (We never really want anything that is not in our potential.) When we find ourselves deeply wanting something, then we are more ready to create it. As I said above, if we have not allowed it, then we are not yet ready for it. We never allow something we are not yet ready for. Since our potential is already there, we do not have to think about it, plan it, or even intend it. We just have to follow the right directions. Those directions are the universal laws and awareness within them. The main direction is to and through our core (from our lips down to our hips, along but in front of our spine).

Instead of visualizing the result, utilize what’s in the way, as the way. Remember that light does not come directly but indirectly through transformation. As I have said in other chapters, food is not the only form of metabolism. Other material domains, such as money and sexuality, also help us to transform one form of energy into another. Each and every situation in and of itself provides a form of metabolism. It can metabolize from a void into an upward spiral, or it can metabolize from…

Are you ready to fulfill more of your potential, for both inner peace and tangible success?

Are you ready to expand both your spiritual side and your practical, material world of mastering daily stress, money, relationships, and health?

Discover how to cultivate double the satisfaction with The Core: Spirituality & Daily Material Life, a handbook of higher wisdom made down to earth. Twenty-six simple universal truths dispel the most common yet limiting myths of personal freedom and enjoyment. And of course, every truth has its dare-your personal call to action-to awaken your life inside and out.


The Core imparts Michael's advising via Lara's writing to uncover:

Michael Assedo has been a modern spiritual teacher for 30 years in Jerusalem, and a contributor to the spiritual capital’s leading online magazines. He teaches simple higher wisdom for both internal and physical, material enjoyment. His wisdom is not a derivative of any tradition; he was born with the knowledge he shares. Without a single business card, but by word of mouth, his lectures, meditations, and consultations have lit-up folks around the world. Lara Sragow is a Columbia, Cornell, and UCLA trained health and wellbeing expert from New York City and Los Angeles. She has taught many walks of life (executives to kids) three main keys (meditation, nutrition, and fitness), through multimedia (speaking, writing, and television). Her longtime professional practice, Lara Life, helps unlock the potential in your life. She has also coauthored The Core, as the writer, capturing its higher wisdom in plain language.