How Religion and Science Are Both Wrong 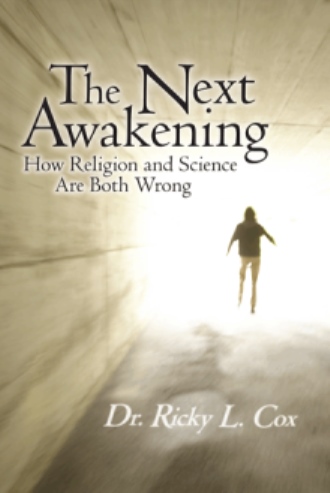 Religion is just one more form of possession, satisfying another material need. It doesn’t free you from anything; it just takes your mind off your chains or gives a promise of some future unchaining. It offers the hope for intervening actions performed by someone or something separate and distant from you. This is the false allure of religion.

You might hold to science; to solving what haunts you by accumulation of facts and theories. You might decide your existence has no real transcendent purpose, and it may be more comfortable to think of yourself as material, since it absolves you of responsibility and allows your ego to thrive behind the mask of intellect. This is the false allure of science.

Did man evolve accidentally, or is his existence the result of a creative act?
Is there life after death? Am I given a purpose?
Where do we look for answers to such questions, assuming we care?

In Christianity alone, statisticians tell us there are over thirty thousand denominations. Which of these offers authentic truth? It is no small inquiry. I venture to say there is no man, woman, or child who will not contemplate the questions of how they came to exist, the purpose behind it, whether they will continue to exist and in what way. Furthermore, the central question of the existence of a higher power and its consequences for us has vexed and divided mankind since he first aspired to ask it.

In the seventeenth century, when Galileo described the earth as rotating the sun, science began to assert itself as the arbiter of the yet unknown. With the Age of Reason, the authority of the scientific method of inquiry began its rise to occupying the place of rational authority. Religion experienced a relatively humbling categorization as quaint mystery. Most unsolved material questions that were matters of competing views have fallen to the credit of the scientist. We now know why volcanoes erupt, in other words.

But the scientist has overextended himself. He rose from the high seat to mount the high horse; explaining all things by reducing them to their smallest elements. His accounting for cosmogenesis, arrival of life, evolution, and the nonexistence of God is an accounting he cannot make without assumptions. So he assumes for us all.

In The Next Awakening, a solution is offered to the wrangling debate of the atheistic scientist with the fundamentalist Christian.

Ricky Cox began writing poetry at age seven. His kindly teacher, Mrs. McDermott, asked for another sampling and then another; soon it became a weekly exercise. He knew he would be an author, but the idea would wander in the wilderness for forty years.

Dr. Cox was born in one of the poorest parts of Kentucky to parents who nourished their ten children from the tilling of thin topsoil. His pursuits in science led to many academic distinctions and eventually to a profession in dentistry. He was raised in close-knit Christian fundamentalism, teaching classes, leading seminars, and eventually having his own weekly radio show.

Events in his life came about which caused him to question the authority of his religious and scientific instruction, and to search for fundamental truths.

Dr. Cox, having realized the shortcomings of the religious and scientific paradigms, now seeks a more authentic, unifying truth. The truth is evolving, and it is the next awakening. It is an offering of peace and comfort.