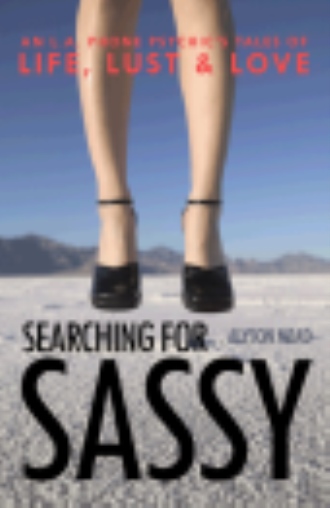 How did I get here?  Who is responsible?

These are some, but not all, of the questions I ask myself as I park my stuff at a desk that defines nondescript, its beige prefab contours blending seamlessly into the slightly darker beige (yet fully carpeted) walls of my new home – a cubicle at AstralPlanet. I am just thirty, in full possession of my faculties, with an advanced degree from an ivy-beset eastern university.  I am fit, attractive, vibrant and alive. A little hungry, but I noticed a taco truck on my way in. Maybe it will still be there when I get my first break.

What am I doing at a psychic line?

New York City, my former home, had begun to close in like those spiky death walls in Batman, in the weeks following my breakup with Lonny. Five years is a long time to spend with someone so clearly not interested in a long-term future. But that's fodder for some future rant. Note to self: never again form or maintain a long-term relationship involving shared friends. In the all-too-real event of your demise as a couple, these poor souls will have to choose.   And unless you want to spend all or most of your time lobbying them for support, you will most likely be the one who loses out.

Speaking of walls closing in, I'm doing my best to listen as my new boss takes me through the rules of the job.  His name is Martin. He's tall and dark, with feathered hair and a decidedly Baby Boomer attitude. He oozes enlightened masculinity in a Peter Coyote kind of way, touching my arm repeatedly as he illustrates how to operate the phones, how to transfer information to the call sheets we're given.
"Your phone will ring when one of the managers sends you a reading. You'll pick up, preferably on one ring, two at the most, and state your name."

I look at him doubtfully. The breakup has made me gun-shy, but he doesn't have to know that.

"You can make up a name, if you like. Lots of readers have a psychic name they use."

"Anyway, you'll get their name and date of birth, which goes here … from that, you can tell if they're old enough to be on the call. If you get anyone younger than 18, tell them they have to get permission from a parent or guardian to have a reading."
I must be looking fuzzy, because he asks, "Am I going too fast?"

Not that it's beyond my comprehension. But all I can smell is incense, and hear the whirring of the copier right outside the door.  The incense is something dark and cloying, and makes me a little swoony.

"All right, then. The most important thing to remember is this: they'll have one question they want to ask.  But your job is to keep them on the phone, so you'll want to ask them, 'What else can I answer for you today,' or 'Do you want me to look more deeply into that' … something along those lines."

"You want me to keep them on the phone?"  Oh silly girl.

"You're being paid a base salary, per hour, but your salary includes an additional ten cents for every minute you can keep a caller on the line. There is a caveat, though."

"As a rule, you don't want to go past twenty minutes, so keep an eye on the clock." Here, he indicates it, as if I'm a three-year old.  Der, a clock.

"Twenty minutes," I say, noting it on a pad.

"We've found that if a reading goes over twenty minutes, people tend to complain to the phone company."

I smile weakly at him. Time has never been my strong suit.

He touches my arm again, soft as a rubber hammer, and gives me a smile. "You're going to be great," he says.

When he leaves the room, the phones start ringing again.  A coincidence? I don't know yet.

When your heart gets broken, you can either stick around and suffer through it, or get yourself gone. Alyson Mead decided to move from New York to Los Angeles to take a job as a phone psychic after a bad breakup. But as she struggles so accept her gift, while dispensing love advice to daily callers, her own dating life proves to be less than glamorous.

Searching for Sassy tells the true story of how a professional psychic healed her heart and got back on track, while learning to claim, appreciate, and develop her gifts. It's a rare and humorous behind-the-scenes look into this billion-dollar industry, in a way few have ever seen. Mead's path to healing may have been different than most. But this book is for anyone who's ever felt a little different, and maybe a tad challenged in the love department.

Psychic since childhood, Alyson Mead been reading people since the age of 19, and developing her natural abilities with certifications at the highest levels in astrology, tarot, Reiki, Matrix Energetics, Neuro-Linguistic Programming, Mindfulness-Based Stress Reduction, dream interpretation, and sound healing.  She is the bestselling author of Wake Up to Your Stories and Wake Up to Your Weight Loss, and her fiction, essays and articles have appeared in over thirty publications. Alyson has also received the Columbine Award for Screenwriting, the Roy W. Dean Filmmaking Grant, and awards from Writer’s Digest and USA Book News. She's widely known as the Sassy Psychic (http://www.sassypsychic.com), and loves helping people all over the world.