A Muslim Journey to the Simple Truth 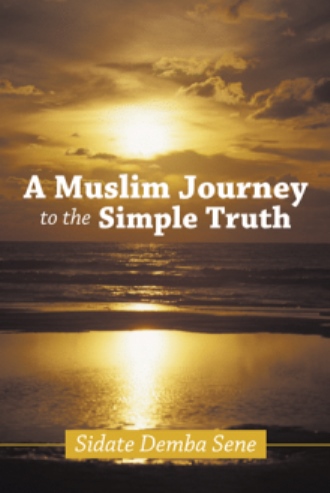 Religious scholars can argue that the only way to understand a message is through the holy book (words of God) associated with that particular religion. And that is exactly where lies the problems, the words of God and the sayings of the Prophet can be understood but they can also be misinterpreted and misunderstood because we do not have God´s perfection. We are not all knowing and we don´t have the Prophet level of consciousness to interpret literally the Scriptures. The humble way to understand a divine message is through the Spirit of the message and not the content, because words are just pointers that can lead you but they can mislead you to.

The Prophet Muhammad was once asked: “Who amongst us will be the first to follow you (die after you)?” He said, “whoever has the longest hand”. So they started measuring their hands with a stick and a woman called Sauda turns out to have the longest hand. When a woman called Zainab bin Jahsh died first of all amongst those who were present that day, they came to understand that the long hand was a symbol of practicing charity.

The language of the Scriptures and the Prophets can not be taken literally. However both the messenger and the message are stepping stones, your destination is what they point to which is the Alpha and the Omega of creation. Do not stop your journey worshiping the messenger or be lost in the content of the Scriptures. In fact all messengers come from the same God and all religions are true in (essence). One of the pillars in Islam is to believe in all the Prophets and there have been many according to Islam.

The Koran says: “There never was a people without a warner having lived among them (35:25)” The pillar is not only saying that they have existed and sent or inspired by God, but most importantly that they brought a path that is different from yours.
The different paths should be seen as divine wisdom, people and culture are different and that is why the roads should also be different so that we all can find the one that appeal more to our uniqueness and leads us to the Source which is the Goal. We should not only respect but “know” that the other paths are as “true” and “perfect” as ours in essence, because they come from the same and only God that has chosen to express Himself in different ways.

The more you understand your own path by committing to the spirit of it and not the content the more you will see the oneness with other paths. Some will argue that their way is the “only right one” but God is all the ways and if you denied one you denied all.

Diversity is nature plan, is something to celebrate and not to argue about. We are different branches of the same tree. Diversity is in fact one of the conditions of life because “if we all whistle the same note, there will be no music.”
We are the world and God is watching us to see what we will make of it. He has given us all the inner power, knowledge and free will to create the destiny we want for ourselves and our planet. We can keep our uniqueness and together join our shared values in a place where peace and love will be the common denominator.

All religions are true in (essence) and all messengers speak of the same (mystery) we call God.

But both the messenger and the message are stepping stones, your destination is what they point to:

-the alpha and the omega of creation and totality of consciousness- not the concept but the experience of it.

-“Religion is for man and not man for religion”.

-Man is more important than religion because he (is made in the image of God).

This book is also about the awareness and celebration of diversity as a condition of life, because “if we all whistle the same note, there will be no music”.

And a recognition of oneness; not as a beautiful wish, but a scientific fact, and in the depth of the teachings of Islam.

SIDATE was born in Dakar, Senegal, in West Africa into a Muslim family. He was raised by a religious grandmother and a spiritual mother. He went to Catholic primary school and at the same time to Koranic school for religious studies. “God was everywhere in my childhood, but with different names”, as he puts it. After a long seeking journey, God revealed Himself- not in the content but in the spirit of the Scriptures.