Laughter on the Wind 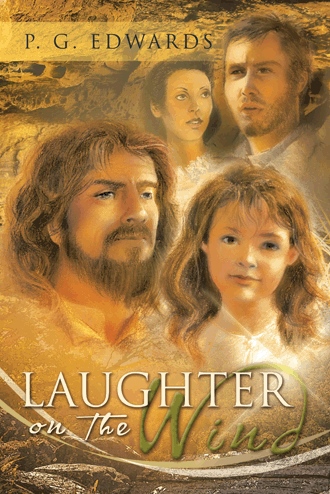 Although his plan is to lead an ordinary quiet life, Tress Tresilian, a Cornish fisherman, finds himself transported to the New Holland Port Jackson penal colony for a crime he did not commit. A chance meeting with Big John Caesar, a convict with a surprisingly illustrious past, sets him back on his feet. Tress learns that Caesar is descended from Madagascan royalty and that his young niece, Ilona, has just been betrothed to a tribal elder against her will. When Caesar’s old adversary, Joseph Beaumont, arrives in the colony as a high-ranking official in the newly formed NSW Corporation, old rivalries are reborn. To escape her intended marriage, Ilona—now thirteen—flees both her home and her fate to join her uncle in the colony. Beaumont makes no secret of his ambition to become Madagascar’s first French governor—and he sees Ilona as a means to gaining that end. Now, the only way that Ilona can be saved from Beaumont’s ambitions is by marriage to another man, and Tress reluctantly takes on the role. But his dawning love for his child wife leads him to take on roles he could never have envisioned for himself—that of a cunning thief, a daring adventurer, and an escapee with a price on his head. To save Ilona, Tress must survive many threats and challenges, including betrayal, rough seas, and the harsh penal settlement of Norfolk Island. Tress has no idea that a small Aboriginal child holds the key to his success—and his ultimate happiness in Ilona’s arms.

Although born in Derbyshire, England, Patricia Edwards was raised on a farm in Kenya, East Africa, where she attended boarding school. Laughter on the Wind, her first novel, was inspired by a holiday on a remote island off the eastern coast of Australia. She currently lives in Australia.