Toward a new paradigm in parenting and education 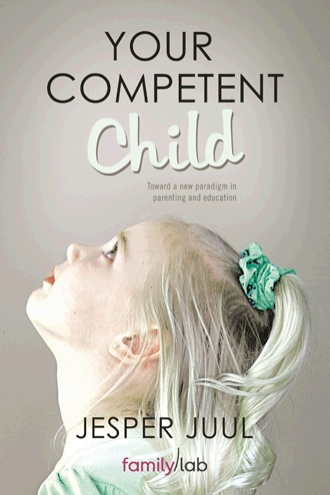 INTRODUCTION
Like so many people my age, I knew when I was in my twenties that there was something wrong with the way in which my parents’ generation (and the generations before them) looked upon the structure of the family and the raising of children.
In the course of the decade that followed, as I trained to become a family therapist—working with so-called maladjusted children and young people, and with groups of single mothers—I realized that my attitudes about families and child rearing were neither better nor worse than those of my parents. In fact, our thoughts had the same fundamental weaknesses. First, they lacked ethical substance. Second, they were formulated according to an arrogant and polarizing assumption: some people are right, because they act in accordance with the right attitudes, and other people are wrong, because they act in accordance with the wrong attitudes.
This tendency to polarize was also inherent in the feedback I received from my colleagues and clients. Some of them thought that I was good at what I was doing; others didn’t. In my naïveté I thought that as long as the first group was in the majority, I was safe. It took some time before I realized that I should have listened to those from the dissenting group. This didn’t happen until I became a father and experienced my own lack of competence. That’s when my education began. Until then, I’d only been in training.
Before I became a father, I believed that families should be characterized by understanding and tolerance, and that relationships between parents and children should be democratic. This approach was in direct contrast with the moralizing, intolerant, and controlling type of upbringing that I knew was destructive for children’s self-esteem and vitality.
But as I spent time with my son, and through my everyday work with families with children, I began to realize how superficial my attitudes were. Granted, our understanding of the role of children in family and society has changed in many ways from what it was when I was growing up. Our grasp of human nature, our means of punishment, and our attitudes toward educational and public morality have all become more humane and less restrictive. Yet I became aware of two factors that challenged and pained me both professionally and personally.
As a teacher and supervisor, I saw firsthand, all too often, that parents were struggling. They would meet with therapists to discuss their children, and they would leave the meetings feeling like losers—less able to take action and more inadequate than when they arrived. And the therapists with whom they met also left these meetings feeling helpless and incompetent. Yet bound by duty, they clung to traditional clinical psychology, which is more concerned with finding fault than it is with identifying possibilities.
As a family therapist, I saw that children and young people still had to bear the brunt of this disconnection. We still saddle children with a responsibility that few parents, politicians, educators, teachers, or therapists are willing to take upon themselves. We are not motivated by ill will; on the contrary, we love our children and believe that they need to shoulder this responsibility in order to grow. But our logic is flawed. Our fundamental understanding of what kind of beings children are is mistaken.
The Swedish psychologist Margaretha  Brodén has expressed this idea in a single sentence that has provided the inspiration for the title of this book: “Perhaps we have been mistaken; perhaps children are competent?” (Mor og barn i Ingenmandsland/ Mother and child in no-man’s-land, Copenhagen, 1992).
Brodén’s insight arises from the scientific context of her work and from her special interest in the early interaction between infants and their parents. Because I am a practitioner and not a researcher, and because my area of experience is the interaction between children and adults in the broadest terms, I have a slightly different perspective on her observation.
In my view, we have made a decisive mistake by assuming that children are not real people from birth. Both in the scientific and the popular literature, we tend to regard children as potential rather than actual beings, as asocial “semi-beings.” As a result, we assume, first, that they need to be subjected to massive influence and manipulation from adults, and second, that they have to reach a particular age before they can be regarded as equals and real people.

Jesper Juul provides parents with such an amazing and absolutely vital approach to raising children that it rings true on every page. Some of what he suggests we as parents do is difficult, but all of it is right on about how we can raise confident, healthy, whole humans, right from the start. I was thrilled to have discovered a book that allowed me to see different possibilities with child raising. Anyone with a child will gain immensely from reading this book, seeing themselves in his numerous examples, and learning how to move on from there. I am grateful for this book and highly recommend it.

No Parent Should Be Without It.

With tremendous wisdom and a warm, pragmatic eye, Mr. Juul helps us redefine the ways we look at a child's behavior and our relationship to our children and ultimately, each other. This is a book that doesn't offer easy answers or 'tricks' to help in the raising of your child. This is a book that helps you see with a child's eye, hear with a child's ear, and feel with a child's heart in ways that feel so natural and obvious, you will wonder why you haven't thought of them before. It is a book that offers day-to-day skills along with the thinking that helps generate them. This groundbreaking book should be on the shelf of all parents everywhere. I cannot recommend it highly enough.

If you have children - read this book!

This is an amazing book that will surely turn upside down any thoughts you ever had about raising children. Even though you may not agree with all the views in this book, there is so much food for thought and new ideas that you will return to this book again and again for interesting and mind blowing advice.

Jesper Juul (1948) is a family therapist, husband, father and a grandfather. He is the author of numerous books and a renowned international public speaker for and has founded Familylab International - an organization committed to inspire parents to find new and healthier ways to become a succesful family and professionals to create more profound relationships with children and youth in their care. Jesper Juul now lives in Denmark and Croatia and works in three continents as curriculum manager as well as trainer, educator and public speaker.