Chronicles of the Green Dragon

An Unfinished Journey into a New Awareness 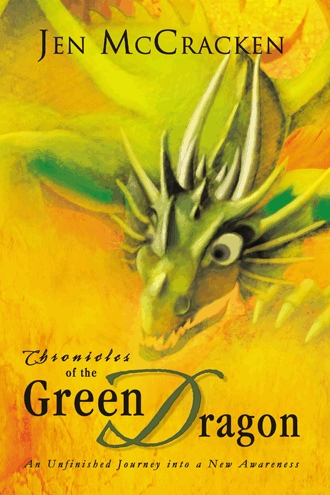 Corey and Porter looked at each other again as they raced back up to the Gate Tower just in time to see a party on horses pull up at the Gate. The bugle rang out again three times and the Garden answered it. Again the Gate radiated a golden light and began to open by itself. The young soldiers’ hearts began to pound when they saw who was coming through. Racing down to stand at attention outside the Tower doors, they were just in time to salute the group of riders who galloped through into the Garden to dismount. As the young soldiers turned to close the Gates, they saw them move effortlessly shut and the huge locking beam fell into place by itself. After that they had no time to think as many hands helped the riders to unsaddle the horses. When the horses were settled, the group, led by Prince Stefan, quickly prepared to move to the Speaker Tree where seating had been arranged to overlook the Frond Tree. The Shape Shifters had moved into positions around the edge of the group. Many of them were out of view of the main party. They were situated amongst the abundant and varied plant life that filled this place with colour, texture and fragrance. The waterfall that plummeted into the Garden from the underground river that traversed the Arcadian Plane could be heard, though muted, in the distance.

“I am sorry, Prince,” remarked Bendoit. “We also have just arrived and there is no time to rest and recover from the journey. The Frond Tree has asked if you will speak with her at once as the Ceremony must start now. Katri will translate the message for the Frond Tree if needed. I see Phe has journeyed with you Prince that is well done, for he can stand witness to the truth. I expect though that he has made the journey, not as a witness, but like so many of us here today he has come to show his appreciation and regard for you.”

There were tears in the Prince’s eyes as he turned to signal his consent and walk toward the Tree. Prince Stefan realized how glad he was to have Phe here. He had not realized until half way through the ride that this little being was clinging to Alden his War Horse. He understood now how shattered he had been when the news had come through that his son Malachi’s condition was deteriorating rapidly and he must ride at once to the Philemon Gorge. Then he heard the drums begin to beat, and taking Katri by the arm he began to run. “Dear Heavens, don’t let Malachi be gone before he could say good bye”, the Prince thought.

Standing now before the Frond Tree, he could see his young son still deeply asleep, but somehow younger and more insubstantial as if he were fading. A Frond gently touched his cheek and he heard a whisper.

“He is fading for he has chosen to go on a daring and dangerous journey. Kiss him goodbye as he may not return to you in this life time, and if he does, he will be very changed. After this go and be seated, so many are with you here tonight Prince because they love you.”

“Could he have come back to me as my little son?” asked the Prince.

The Frond Tree gently touched his cheek again. “Good Prince, the poison destroyed too much for him to easily return to you on the physical plane and the virus is only held in stasis.” She hesitated and then decided to continue. “He would not have chosen to return anyway, for he saw what he would do in this lifetime. Even he was dismayed at the destruction he would wantonly cause to the Southern Continent. He asked for an opportunity to heal at a much deeper level than the physical, and this has been given him.”

The Prince kissed his son and left.

The Frond Tree spoke to the assembled company and Katri translated for her. “These three asleep here in my care today have been given an opportunity few are offered. They have all accepted this chance to heal many of their past lifetimes. Lifetimes dedicated to power, manipulation, greed and cruelty. They are all tired of the misperceptions that have them repeat mistakes over and over again. They wish to choose a different future.”

The drums rolled again and echoed through the valley. Then silence.

The Prince whispered to Jenna who was seated on his right. “Can you pick up what is truly going on?” “All is well, Stefan,” replied Jenna. “What is happening here, hard as it may be for you, is the best outcome for Malachi. Though you see a little boy there in front of you, he is an old soul and well able to manage this journey. What I am sensing is the deep love you are held in by all who are here tonight and many more besides these. What amazes me is the deep and profound compassion I sense from the Shape Shifters for the three asleep under the Tree. There is a determination to support them in whatever way they can.” Then she held his hand as they both fell silent.

Out of the deep silence that had fallen over the group the clear high notes of a beautiful tenor voice flowed out across the meeting place. It was a song of thanks to the Frond Tree. At the end of the song the tempo changed. The tenor’s voice was joined by a male choir that rang with depth and power as they sang a beautiful hymn of gratitude to the Creator. Again, the tempo changed. The drums began a soft, slow, rhythmic beat as seven Shape Shifters, in a slow swirling movement, began an ancient dance of meditation. The sounds of other musical instruments were softly incorporated into the beating of the drums. Slowly the tempo increased and the sound became more audible.

The music that was being played was strange and old and so clear that it affected the very atmosphere within the meeting place. Darvid, a member of the Prince’s party, looked down at his watch in amazement he saw that two hours had already gone by. He looked up again and saw how the vibrations of this sacred place were changing. The energy was being raised to a profound intensity and he could hear the humming sound of life itself. The atmosphere was electric.

The Frond Tree gently touched the old Rider Bird and dripped some honeydew into its mouth. The Bird swallowed then woke from its sleep. With quick jerky movements it stood up to its great height. Then with a vicious twist of its neck it turned to check that the old warrior, who was also beginning to wake, was safe. To the surprise of the Shape Shifters present, who knew its nasty temper and the fact that the bird had little concern for any, other than the old Warrior, it turned and checked on Malachi. A look of concern crossed its face and it glared aggressively at the Frond Tree.

“It might have been in a deep sleep and had the care of the Frond Tree, but its nature hasn’t changed that much,” muttered Vandos. He had had dealings with it before. Then Vandos whispered to Darvid and the young soldiers.

“Stay still and don’t move from mine and Bendoit’s side as things are at a very dangerous point. If the Purple Dragon turns up do not look her in the eyes,” he quietly told them. At that moment the music stopped bringing the dances to a standstill. Malachi began to wake as great kettle drums with an insistent and demanding beat boomed out across the Garden. The sun began to set in the west, its orange and golden rays streaked with green and indigo lighting up the evening. The onlookers observed an Energy Gate forming in the sky in response to the drums. The Shape Shifters began a slow deep chant, things were moving at a very fast rate now. The Prince held his breath as the old Warrior quickly lifted Malachi into his arms and turned to the Rider Bird who swung them onto his back and was off and running.

On the planet Evan, there is tumultuous change on the wind. The southern continent has been embroiled in a long period of war, and its ruler, Prince Stefan, has long been preoccupied with protecting it from the subversion of his wife’s family.

A diverse group of travellers—soldiers, healers, shape-shifters, animals, and extraterrestrial beings—experience a shift in consciousness as they interact with strange beings and powerful, mystical forces on the Arcadian Plateau who want to teach the travellers how to listen to the songs that play within their own hearts.

Leading the group is Commander Ian Vandos, a battle-hardened warrior who is also a man of great gentleness and principle. His journey across the Plateau opens him to the vulnerability of love and to the stirrings of intuition. His ally, Marconious, a shape-shifter, struggles with the karmic responsibility of his race. When he allows himself to explore the hope offered through his wife, Jardene; their remarkable offspring; and the cleansing power of a new consciousness, Marconious finds a potential path to salvation.

At centre stage is the magnificent green solar dragon, Zineac. Powerful, pithy, and just a tiny bit manipulative, Zineac directs events and individuals while just managing to avoid transgression of their free will. He appears with critical timing to act as their guide, protector, and counsel. Yet, in order to strengthen and transform them, the wise dragon will not hesitate to thrust them into experiences that are provocative and at times terrifying.

Jen McCracken is an Australian author from rural Victoria. For thirty years, her passion has been enquiry into the Western mystical traditions and metaphysics, and her writing mirrors her spiritual quest. For relaxation, she gardens. Her background is in nursing and welfare. She is married and has three adult daughters.