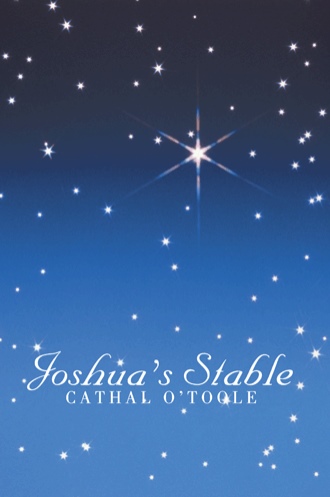 Joshua grows up in a little town near Bethlehem. When, at fourteen, he finds himself orphaned, he struggles to maintain the family's blacksmithing business, but he is sabotaged by a lazy, dishonest employee. He turns to God for help, and God tells him, “Come to Bethlehem.”

Leaving everything behind but his precious goatskin blanket, he journeys to Bethlehem, where he finds work at the town’s inn. In return for his services cleaning out the filthy stable and fetching water for the inn, he is allowed to make the stable his home. He takes great pride in his new home, where he lives with his dog Sasha and an ox called Samson.

When weary travelers Mary and Joseph arrive at the inn, they are told there is no room. Proudly, Joshua offers them his home. Blessings and abundance flow into Joshua's life over the coming weeks.

Cathal O’Toole attended Oxford University in England. He took up a career in social work. During childhood summers in Ireland on his aunt's farm, he spent many happy hours fetching water with the horse and cart and at the local village forge, watching the blacksmith at work.

He has five grown up children and currently lives in southern Ontario with his wife, Susan, youngest daughter, Katie, and two dogs, Hope and Molly.
He loves swimming, fishing,reading,writing and traveling.