a gift in every challenge 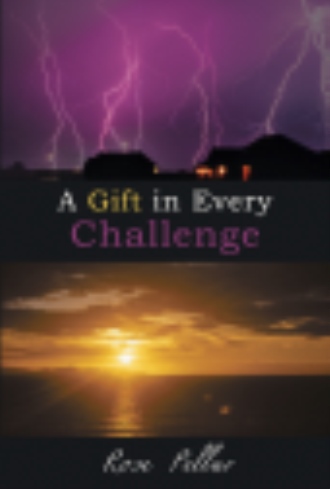 One Strong Woman - My Mother’s Story

On a slow boat from China, Chin Lim Geow starts the day heaving into a bucket. Her stomach is empty and she stops just short of wishing she was dead. Seasickness was not the only cause of the sickly feeling she had in the pit of her stomach. She was heading to a strange and faraway land (Jamaica in the West Indies) to start a new life. She was leaving her young five year old daughter in the care of Lim Geow’s mother in law (Mother-in-law) in the Niu Fu Village of Guang Dong, now known as Canton. Lim Geow felt a heavy burden. Mother-in-law had borrowed heavily to pay her passage to join her husband, Lee Tse Tseung. It was now up to her to repay Mother-in-law’s debts.

It had been a couple of years since Lim Geow had been with her husband and she remembered that her husband was unlike other men. He used to help her with chores and with their daughter. He was extra careful not to be seen by others who would surely chastise him for being unmanly. Women had their place and they were expected to work in the rice fields just as hard, if not harder, than the men. Girls were regarded as useless, mainly because a girl eventually went to live with her husband’s family and therefore brought no value to her own family. Consequently, babies who were of the female gender were often drowned, abandoned by the roadside or otherwise disposed of.

Tse Tseung appeared to adore his little girl. He’s different, Lim Geow thought. She began to wonder how fortunate she had been particularly when she met her husband for the very first time on the day of her wedding. She recalled with amusement how frightened and embarrassed she had been when required to consummate the marriage while the wedding guests laughed knowingly outside their bedroom door. The fire crackers which had been deliberately set to conceal the deed only served to unnerve her further. Arranged marriages were the norm. She had heard that the matchmaker had selected for her someone who was reported to be a very good person. However, that match was rejected by her own mother who instead chose a match for her with the criteria that Lim Geow should have a mother-in-law who would be kind to her. The fact that Tse Tseung was reported to have a bad reputation was ignored. Lim Geow’s mother had a terrible mother-in-law and so she was determined that Lim Geow would not suffer the same fate.

Tse Tseung’s father (Father-in law) had taken another wife several years earlier in Jamaica. She was a non-Chinese white woman who bore two other children for Father-in-law. He was one of the many Chinese men who had more than one wife. Mother-in-law being the first wife was considered to be the senior wife, referred to as Tai Poh (big wife), and Tse Tseung’s step-mother was referred to as the Seh Poh (little wife).

Father-in-law went to Jamaica as an indentured slave and at the end of his term he became an entrepreneur and a very successful businessman. Father-in-law sought to have Tse Tseung follow in his footsteps and so set him up as a shopkeeper. Reports reaching back to Mother-in-law were that Tse Tseung was hopeless and Father-in-Law had given up on him. Mother-in-law told Lim Geow that it was now up to Lim Geow to go to Jamaica because she had to “rescue” Tse Tseung. Lim Geow did not know the extent of Tse Tseung’s problems. Her sense of duty to Mother-in-law and to her role of wife subdued her seasickness and sense of foreboding. Thoughts of how soon her daughter would be able to join her and Tse Tseung in Jamaica sustained her during the long journey over rough seas.

The ship docked in Kingston after several days. There were familiar faces in the crowd, but Tse Tseung was nowhere to be seen.

Fortunately, friends took Lim Geow in. Inquiries showed that Tse Tseung was living in Cross Keys in the Parish of Manchester some miles from Kingston. She imagined that something was terribly wrong with Tse Tseung. Why else was he not there to meet her? Traveling by horse and buggy, she eventually arrived at the place where he ran a grocery store. Instead of being happy to see her, he was angry, demanding to know why she had come.

She choked on her disappointment. The purpose of her journey to this strange, foreign land seemed all for naught. She was only 20. She left her young child to join a rogue on a one-way ticket. She had no means of returning to China, even if she wanted to do so. Furthermore, she had a debt to repay. She soon discovered not only was Tse Tseung on the verge of bankruptcy, because he was a heavy gambler, he was also “carrying coal”.

Her night of reunion with Tse Tseung was not spent in the same bed with him. His Jamaican lover had that privilege while she shuffled painfully, trying to make the most of the wooden crates on which she was forced to spend the next several nights. Her thoughts would not quiet themselves as she tried to determine what choices she had. Everything seemed hopeless, yet she could not bring herself to cry. Her insides felt as if they had been ripped out and her heart felt as if it would explode.

Her arrival supplied Tse Tseung’s creditors with a presumed valid reason why he had been unable to pay his debts. After all, his creditors reasoned, “did he not have to spend money to bring his wife over from China?” It brought him a reprieve and further extensions of credit.

This would not be the last time that she was his redeemer.

A mother and her daughter triumph over insurmountable odds.

Growing up in a culture where women had no value, facing poverty, homelessness, abuse, language barriers, and heart-wrenching loss would have stopped many women in their tracks. While every life has challenges, Chin Lim Geow (Mary) and her daughter Rose triumphed over insurmountable odds to find stability, respect, happiness, success and love.

Spanning over sixty-five years and four countries, this gripping true story may inspire you to:

· accept your problems as challenges

· systemize how you handle challenges

· recognize and seize the opportunities presented by challenges

· unpack and leave your hurts behind

· shed the limiting beliefs imposed upon you by others and yourself

· move courageously toward your goals, to

For anyone who has ever been disappointed in life—whether by failed relationships, a betrayal of trust, physical or emotional abuse, and life’s other hardships.

Rose Pellar is currently a family law lawyer practising in a small town of approximately seventeen thousand in Ontario, Canada. She is a regular writer for Women with Vision magazine.

Rose’s life has been anything but easy. However she openly admits that many of the “mistakes” and challenges in her life have proved to be the best things that could have happened to her. She has learned that forgiveness is the best gift she has given herself, and she is passionate about inspiring women to look past their challenges and to take steps to pursue their goals. She does this through her presentations to women’s groups and through seminars and workshops. Rose is living her life, making a positive difference in the lives of others.

Rose is happily married and re-commits to her marriage daily.