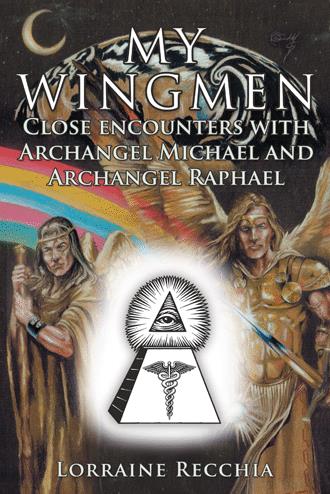 “I am a witness of the truth.”

One morning as I was riding my bicycle, I looked up in the sky and saw a flock of birds flying overhead. They were starlings, and they caught my attention because of the way in which they were swirling and moving together. It was very early in the morning, and there was no one in sight except a young woman pushing a baby carriage. The birds looked as if they were on fire; they sparkled as they turned and maneuvered their bodies. I figured it was the sun catching their underbellies. I could not believe how, at times, they look just like lights. I jumped off my bicycle, because I was mesmerized by their graceful movements.
I watched them descend and thought they were beautiful. All of a sudden the birds became balls of light right before my eyes. As they descended, I clearly saw how they changed from balls of light, looking like stars, back to birds. This went on for a while until they began to descend as complete balls of light. They dropped slowly, like a Fourth of July exhibition. I was so excited. I wanted to shout out to someone and share what was going on, but I didn’t dare take my eyes off the “birds”, because I didn’t want to miss one moment. I wondered what they would become when they landed. Would they be birds again, blades of grass, or people? I looked around, wishing someone else was there so I could say, “Hey, look in the sky! Do you see this?”
The young woman with the baby carriage was far away from me and tending to her baby. Looking back now, I believe they landed as birds. They were in and out of their bodies on their way down, as if playing like children. They were having fun, and they knew I could see them. I was enthused, moved, amazed, and happy all at once. They landed in someone’s backyard and, because of a garage hiding my view; I did not see what happened when they touched down. But I was happy that they allowed me to see them display this form of shape shifting. I was grateful for this show. It led me further on my path to find out more about these experiences that I was having. I was simply seeing another side of life—a wonderful side! The illusion of the body, when it is gone, reveals our true self, which is pure light, naked for the entire world to see. The birds showed me how you don’t have to die to shed the physical body. The body is pliable and we have so much influence with how it works for us and how it responds to us.
The more I watched energy in motion, the more eager I became in every way. My days and nights were filled with teaching experiences of this sort. The spirit guides, or energy spirits, were showing me what we, as lights, are capable of. I felt validated about all of the wonderful truths that had lived inside of me. I stayed in the closet with these stories for a few years, because I had to wrap my mind around all of this. I was determined to present my stories in a way that would be readable and not scary, because we are living in a charming world of endless possibilities. We are here to become light dominant in our physical bodies as we enjoy the wonderful senses that come along with this gift of our earth experience.

My Wingmen is a true account of my journey with angels. They entered my world during a period of inner reflection as I researched personal growth during a challenging life transition. The books I was drawn to came alive as I read about alternate realities and spiritual concepts. I witnessed these realities as my home became a stomping ground for angels and spirit guides, where I enjoyed their appearances and intervention. They showed me how to interpret and discern the lighter side of the earth realm, and they gave me examples of what clear expanded believing could accomplish.

As I began to openly talk about prayer, my psychic senses began to blossom. I was embraced by two angels, and they offered me healing along with their companionship. They have become my teachers, and they have helped me connect with truths beyond my wildest dreams. It was in expanded thought that I was able to grasp a world that is clearer to me now, as this present-day drama fades to black. I have opened my arms to an enlightened world, because where there is love, there is no room for fear. Meet my wingmen, Archangel Michael and Archangel Raphael.

Lorraine communicates with angels and has fully engaged in a career where she shares her experiences regarding prayer and angelic assistance. Originally a teacher, she transitioned into counseling adults for weight management. When her psychic senses became her strong point, she embarked on her most gratifying career path as an Angelreader.