An Eyewitness Account of the Dolphin Drive Hunt Slaughters of Taiji, Japan 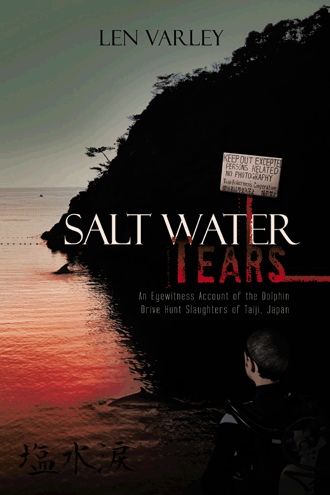 In the latter part of 2010 I made the decision to journey to a little known fishing village on the eastern coast of the island of Honshu, Japan to bear witness and to document the mass dolphin slaughter; an injustice that occurs there each year during the months of September through March. It was a journey that was to become for me a life changing event. “Salt Water Tears” is written around the day to day journal account which I kept and this forms the backbone for my story.

What I wasn’t prepared for was the intensity and depth of the experience–mentally, emotionally and spiritually. From those first well-intentioned steps a backstory of rich intrigue presented itself. The man that walked away from that journey has a deeper spiritual sense of purpose which now adds further weight to the desire to see an end to the cruel harvest and the unnecessary capture of whales and dolphins for sale to the world’s marine parks. 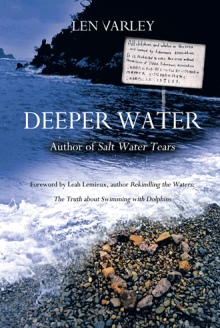 In 2009, a documentary movie called The Cove focused the spotlight of world attention on the tiny coastal village of Taiji, Japan. Lauded as the birthplace of Japanese whaling, present day Taiji hosts a secretive industry of marine mammal exploitation. This diminutive town is a prinicpal provider of captive whales and dolphins to the world’s marine parks and is responsible for the cruel slaughter of thousands of dolphins annually. Salt Water Tears is written around author Len Varley’s first-person, eyewitness journal account of events in and around Taiji in the winter of 2010. It is a story that seeks to balance activism and marine conservation with Japanese traditional culture and introduces the reader to an enigmatic and highly intelligent sea dweller, the dolphin. Beyond this a far deeper universal notion resonates: the need for mankind to reconnect and re-harmonise with the natural environment while addressing the pressing dual issues of conservation and sustainability—before it is too late. Weaving an intriguing tale of past and present, author Len Varley tables a deeper understanding of the once deeply spiritual Japanese whaling tradition. He observes its degeneration into present-day commercialism and greed, marred by stark acts of animal cruelty. Varley delivers a compelling exposé of the Taiji dolphin drive hunts, powerfully presented against the mysterious backdrop of Japan’s deep spirituality and superstition, the haunting beauty of its landscape, and the gentle humility and warmth of its people.

“A must read book for any activist who wants the real story behind the Japanese dolphin slaughter in Taiji. Len's account is both heartbreaking and heart-warming in equal measure.” Pete Bethune - Earthrace Conservation Organisation

A former commercial pilot and flight instructor, Len Varley is a passionate marine conservationist and activist. He is an affiliate of several international organisations including the Australian marine mammal rescue group ORRCA and Pete Bethune’s Earthrace Conservation Organisation. Len has assisted the Sea Shepherd Conservation Society with helicopter spares and logistics support.