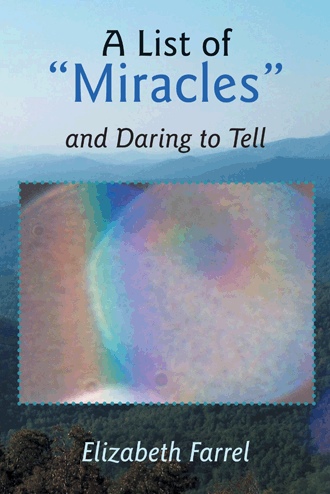 It amazes me how early the experiences of someone’s life can change the direction of it. In my case I was two years old. I don’t remember much from that time, but the events affected the rest of my life. It began when I was transported to my grandparent’s home and left there for a month or two. My mother was in the hospital giving birth to my sister. (New mothers stayed in the hospital much longer in those days.) It gave me the chance to get to know and love my grandparents.

During my stay with these special people, I became very attached to them, as I could see from a photo I was given of myself with my paternal grandfather at that age. I was hiding in his arms, afraid that someone would take me away from my only safety net. I can still feel that strong connection and that terror. I have re-lived those feelings and know deeply what I must have felt when my parents came to retrieve me. However, I didn’t have to guess. My parents told me that I cried in desperation as they tore me out of my grandfather’s arms that day. I rarely felt safe anywhere after that. I tried to hide from my family. I hid in closets, and basement hideaways. Once I hid in the woods on my way to school. I eventually, connected the dots, and the picture felt sad but logical.

In spite of being born in Connecticut, I grew up in a little community on the outskirts of Washington, DC, called Silver Spring, MD, which at that time still had a little bit of nature left around it. As a child of eight, I “escaped” to those areas. I needed to be alone. I finally felt safe there. At first I did not know why I felt better in nature. It was subtle, but it was consistent. It was gentle. It was here that I discovered what love in nature felt like. Nature’s love snuck up on me. I could feel it. I could not

help but love it back. The love I received there may well have saved my life later on, and it certainly has made life bearable in the hard times. It also has added inestimably to my joy. Sometimes I wonder if God gave me this connection to keep me alive.

At ten years old, my father gave me a poetry book for Christmas and I became so engrossed in it that I wanted to write my own poetry. I have been writing poetry ever since. It is a reflection of my soul. I am beginning this by including the following poetry because I feel it is pertinent. It follows the growth of my love of nature. My hope is that this poetry gives the reader a picture of who I was even as a child. My connection to the earth was important to me even then. It set the stage for what came later.

At ten years old, I wrote the following simple poem:

A plant is a wonderful

When water is sprinkled

When I was about 17 when I wrote this:

THE LIGHTS OF HEAVEN

In silent reverence I view

The light of the stars

And in that silent sparkling,

I see the lights of heaven.

Nature mysteries are discovered and shared in the context of this autobiography from a passionate nature lover. See and learn about experiences you may not even be able to imagine. See amazing photos you have never seen before. It is a story of love and hope with answers to questions many never think of asking.

Elizabeth Farrel lives in the hills of western Virginia with her cat Hannah. She was born in Hartford, CT, but has lived in many different states,also Kwajalein in the Marshall Islands. She is a passionate and spiritual lover of nature, an artist, poet and woodcarver. She sings the high soprano harmony part in a singing group called The Ladies of the Lake in Virginia.