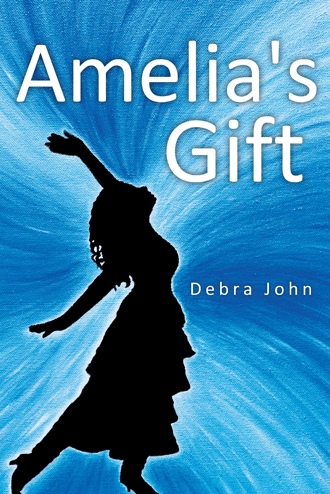 PROLOGUE On a hot Sunday afternoon in the month of August, Lisa Marie Anderson arrived at Kimbrough Army Hospital to visit her mother Amelia. As she walked with her father Ed toward the hospital entrance, she could not get the vision out of her head—the vision that was now a vivid memory from the day before. She had stood in the front yard, watching her father pull his green Chrysler Imperial out of the driveway, when she saw the sadness in her mother’s eyes—waving her hand in front of her pale white face, looking through the passenger side window, as if she were waving goodbye for the last time. Continuing their walk down the long gray hallway, her thoughts turned to the phone call her father received earlier in the day. Devastated and heartbroken, tears filled his eyes when he heard the nurse tell him, “We’re so sorry, but we don’t expect Amelia to make it through the night.” Lisa felt fortunate that she was there to comfort him when he received the news. Her original plans were to visit her parents in July, the week of her 29th birthday. For some reason—perhaps a gut feeling—she had switched her flight from Florida to arrive in Maryland that August. It was a touch of fate that she arrived only three days before her mother’s stroke, making it possible to spend precious final moments with her. As they entered the Intensive Care Unit, they were approached by the nurse. “Hello, my name is Janet. I am the attending nurse who will be keeping watch over Amelia this evening. Before you see her, I need to tell you about her condition. As I mentioned earlier today, we don’t expect her to make it through the night. And because her major organs are failing, she has slipped into a coma.” Wanting to be alone with his wife, her father went in to see her first. Patiently awaiting her turn to see her mother, Lisa asked the nurse, “Will she hear me if I speak to her—and be able to respond in any way?” Speaking with a soft voice, she answered, “Because she’s in a coma dear, it isn’t likely she’ll respond to anything you do or say. But there’s a slight chance you'll feel a response if you hold her hand and ask her to move it.” When her father came out of the room, she could tell he had been crying by the redness in his eyes—evidence of spending final moments with the woman he shared his life with for the past forty years. Struggling with his words, he said to Lisa, “You may go in and see your mother now. This may be the last time you’ll ever . . .” Not being able to say another word, he strolled over to the waiting area to find a seat. As Lisa approached the entrance to her mother’s room, she slightly turned her head to look back at her father. Sitting in the dingy gray waiting room chair, holding his white handkerchief over his tear-streaked eyes; he was sobbing as she heard him say to himself: “How am I ever going to live without her?” After she sat by her mother’s bedside, in the small chair next to her bed, she reached for her pale fragile hand and held it. Praying that she would somehow receive a response, she took the nurse’s advice and said, “Mommy, I know you can’t speak to me . . . but if you can hear me, please squeeze my hand.” Disappointment came over her when she felt no response. After a moment or two passed, her mother spoke. As if by a miracle, the words that she said were as clear and solid as if she were fully awake. “I don’t know what to do . . . Should I stay here or go there?” Thinking that an angel from Heaven may have prompted her to speak, Lisa continued to hold her mother’s hand, and then she spoke from her heart—the first and only words she ever meant with every fiber of her being. “Mommy, we love you very much and we’ll miss you . . . but you have been in a lot of pain lately. I think you’ll be much happier if you go to Heaven.” The next morning the nurse called and said she had passed peacefully during the night, but before she could slip into eternal slumber, she had a smile on her face and was singing a song. It was one of her favorites, written by the youngest of her six children, Mark. For the next twenty-four years, Lisa often relived this story and told it many times. Each time that she did, it caused her to cry. Many times she prayed at night, asking God if she could hear from her. She loved her dearly and just wanted to know that she was OK. Twenty-four years later her prayers were answered—with a profound message from above. This message set into motion a chain of events that miraculously changed her life for the better. This is her story.

Amelia’s Gift is a captivating story from the heart, based on true events in the life of author Debra John. An inspirational love story on many levels, it portrays the life of Lisa Marie Anderson. An ever-smiling optimist who never misses a meal, she is the daughter of World War II and Korean combat veteran Edward Anderson and loving mother and housewife Amelia. The fourth of six children, Lisa relies on her positive outlook and sense of humor to cope with a father who abuses alcohol. When she later marries a man who also turns to alcohol after twenty years of marriage, her patience and humor are eventually overshadowed. Lisa’s life becomes entangled yet hopeful with a spirit-guided message from her mother, ballroom dancing, Caribbean cruising, and Alex, a guy who can’t seem to find the right wristwatch.

Born in Fort Bragg, North Carolina, Debra makes her home in Cocoa Beach, Florida. After thirty-four years as an executive secretary for the US Government, she is using her writing skills and creativity to fulfill her dream of becoming a published author. An avid reader of books on romance and spirituality, she has combined both topics to create a unique story from the heart.