A Gift of My Own

A Journey Into the Spiritual Realm of Reality 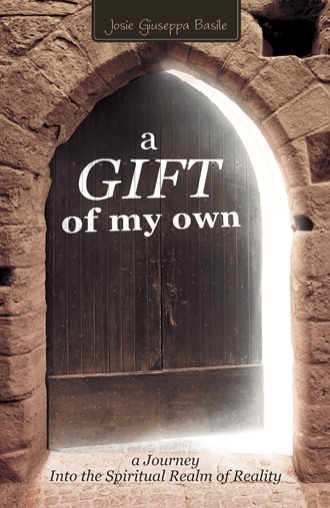 There is a distinct voice that wants to be heard in "A Gift of My Own." Whether this story is familiar or foreign territory it is intriguing and personal to the reader. You will take this journey with Josie. This story is hard to believe, but it is truth. She becomes a friend, and you will share in her experiences. She asks questions of the authenticity of God, heaven, hell, and the meaning of life.  Josie finds the answers in the most amazing way.

The honesty and simplicity of Josie's journey at various low points in her life are sure to resonate with readers. She says, “Answers I discovered are universal and same truths, same messages taught from the great masters – Jesus, Buddha and Mahatma Gandhi.” Josie shares their compassion for others and their love of humanity within "A Gift of My Own."

As Josie discovers herself, you too will discover yourself through her experiences. There is meaning, passion, and a purpose to her journey. There is an acceptance in the path she walked. She is a source of inspiration to others. After reading "A Gift of My Own," you come away wanting to search for your own purpose in life. Her messages are sound. " A Gift of My Own" is the gift that keeps on giving. It is a return trip to the inner self.

Josie Giuseppa Basile lives in Oneonta, New York. A graduate of SUNY Oneonta with a master’s degree in counseling, Josie is employed by Northeast Parent & Child Society, a therapeutic foster care program. As a foster parent recruiter, she leads the training program in preparation for future foster parents.