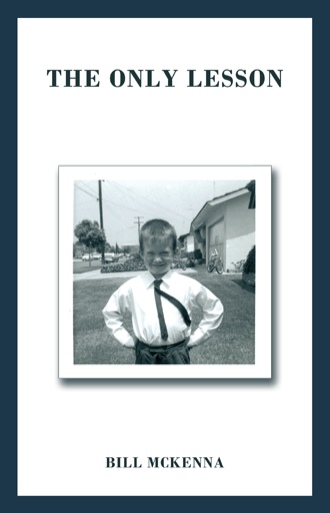 Shortly after earning my black belt,  I started running endurance races, eventually completing the Western States 100, which as the name implies, is a 100 mile race along  a trail in the Sierra Nevada mountains that goes from snow to 114 degrees. I became passionate about sky diving and performed many  jumps, before almost dying on St. Patrick’s Day when my chute collapsed hundreds of feet above the ground. I learned to fly airplanes and helicopters, eventually buying a few helicopters of my own. I bought and lived on a yacht in Mexico. I experienced both financial success, becoming a multimillionaire, and catastrophe a few times over. I struggled through crash-and-burn relationships and struggled with depression. None of these life experiences compared to the intensity of what I was about to experience, all of it quite by accident, and as my sister said, to the unlikeliest of people.

In this true story and journey of discovery, Bill McKenna shares a life of intense experiences. He earned his black belt, learned to fly planes and helicopters, ran marathons, 50 and 100-mile endurance races, survived a several hundred foot free-fall in a skydiving mishap, and saw his life’s dream shipwrecked by an unseen island. The journey brought financial success and catastrophe, a constant struggle with crash-and-burn relationships and a battle with depression. Nothing in his life would compare to the intensity of what he was about to experience, all of it quite by accident, and as his sister said, to the unlikeliest of people.

Bill McKenna brings a life of intense experiences to the writing of this, his first book. While earning his Bachelor's Degree from Saint Mary's College in Moraga California, he was awarded a Black Belt in a mixed martial art and started running a series of endurance races that culminated in the completion of the Western States 100 mile run in California's Sierra Nevada mountains. While establishing a successful sales career, Bill continued pursuing various passions including skydiving, helicopter/airplane piloting and yachting. More recently, he experienced a literal and figurative accident that inspired him to share his story. Raised in Chula Vista as the oldest boy in an Irish-Catholic family of 12, Bill currently lives in Southern California with his wife Michelle.