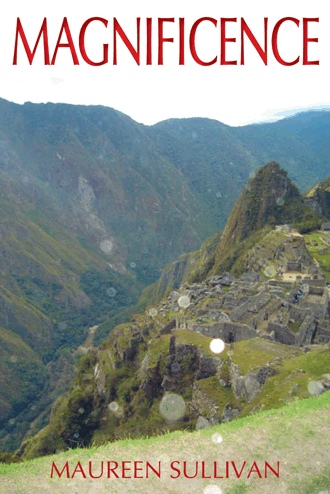 Liz Miller knew something strange had happened when, after collapsing into a past-life memory, she began hearing a voice. But when she saw translucent, sandaled feet—the beginnings of the body that belonged to the voice—she knew her life had changed.

Join Liz and her friends, Sheri, Robert, and an irresistibly endearing angel, on the adventure of their lives as they travel to Peru and back in time to the ancient civilization of the Incas.

A journey of self-discovery, with wisdom and humor they teach each other the passage to self-realization—on the way fulfilling a remarkable ancient prophecy that will help transform humanity into a magnificent new world.

MAUREEN SULLIVAN’s life path has taken her from New York City artist through a myriad of spiritual journeys in India, Peru, and as a ceremonial leader blessed by medicine woman Reverend Sally Perry-Spirit Medicine. Creating a space for herself as an energetic healer/teacher and author, Maureen’s credentials include Reiki master, a graduate of the Institute of Healing Arts and Sciences, and an active participant in Mastering Alchemy. Magnificence is the product of Maureen’s new play space as an author.  She lives in Virginia and is currently working on her next novel.