I Am Still a Woman 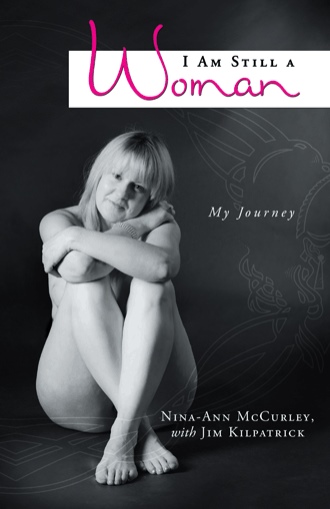 You cannot possibly imagine what it is like. A time bomb ticking in my body and three weeks in a row, I was told the chemo was not working. My doctors telling I only had eight weeks to live and one week to find a path for me with many tests and now the chemo failures one after the other. I used to lay there and fill my head with happy things but I would cry. In my mind I had to be here I wanted to be a mum, I had to survive to do that. One month was would soon be gone. I knew that being pregnant you have double blood and that two was going to be the end for me. I wrote a diary in my darkest moments filled with the fear and terror. No one can imagine how hard this time was, knowing that the doctors are trying but it appeared I wasn’t going to make it! Trust is a scary thing in a cancer battle. I have no idea how to save myself but I had to trust people that appear to be failing. Many, many tears were shed and at the same time my mind was starting to pull to me to a place so scary, so frightening I could not bare to even think of a future. I was afraid I was being drawn to a dark place. I knew I had to stay positive, but I was really afraid of dying. I was afraid that my world and my hopes would be crashed for ever. I have a happy place I go to its called barbie land. Its a safe place full of laughter and fun, no bad things happen there. I was trying stay there sometimes got dragged to the dark place! I remember waking up one day at three a.m. in pain lying in the darkness in my hospital bed. I suddenly felt a hand holding mine and I thought I was being taken from this world. In the dim light I looked up to see my doctor holding my hand. He had come to see me. He was very worried and could not sleep; he came to see how I was doing. Doctors are special people and they have a very tough job. I was fortunate enough to have one of the extra special doctors. As I looked at him I knew he was giving everything to me and I had to give him my best efforts. Being afraid is awful, but dying is worse. I was riding an emotional roller coaster. I experienced moments of great relief only to come down almost as hard and the pain torture my body. I was really afraid. My body ached from the chemo. I wouldn’t look into a mirror as my hair fell out, but I wouldn’t let anything stand in my way of beating the cancer. I began writing a diary telling of the pain the chemo caused and the fear that filled my mind of not surviving. All I had wanted was a baby and now I had lost that and maybe my life as well. This was the low point of the battle; I was really in a bad way. It was at this point I realized that I was fighting because I wanted to have another baby that was the light I was seeing in my soul. The fourth Chemo would be the strongest dose I would have. It was really an all or nothing situation if it didn’t work it could have taken my life. I spent time at the beach, thinking absorbing and smelling the fresh smell the wind on my face and the way you can wake up again to see all of this. Mind set I can do this...I can The day of the chemo I was weak and upset. To tell the truth I was scared to death it would fail and I would never wake up. I would lose all that I wanted. When it was over the doctors said I was looking very good. I lay in the bed thinking about how I had won the fight I had beaten the cancer. I had made a friend in the hospital; I bet that I would make it out before she did. She had laughed at me saying her cancer was found in early stages so she would be fine, and beat me out. I did beat her and I will never forget the excitement of doing that, so proud of myself, but still afraid. I didn’t know what lay ahead for me. I decided to fight alone because I didn’t want people feeling sorry for me. This was a really good choice by me. I had no one pressuring, just the pressure I applied to myself. But the friend in hospital, a little fun competition never hurt.....giggle makes you want to win. I was able stay in a positive place if people were not saying bad things to me. I wanted to lock fear out. Because when you are afraid I think it can make things worse. It was during this time there were many dark moments at the hospital. It was so bad that those dark moments almost did me in, as the fear and confusion pounded in my head. I would lie there in the bed and I would ask myself again and again “why! Why! Why!” I cried often, some times from pain other times because I feared I would die. I could hear others crying. We were all in the terminally ill ward, even though I was getting better by the day. I overheard an old lady say “no one gets out of there alive.” I was frightened. I was the youngest patient in the ward and it was really awful. Every Friday I was in hospital for my treatment, always felt unwell and tired from the treatment.

I was born in a small town, an average woman living my life day to day. Twelve years ago, as I watched my mother waste away and die of ovarian cancer, I felt the pain of losing someone so dear and loving to me.

What I didn’t know then was that I would have to face my own battle with cancer one day—not once, but twice. I love my life and my three sons, and I didn’t want to leave them as my mother had left me.

This is my story, my battle.

I was forty-three years old—a keen sailor and tennis player who ran my own marketing business from home—when I got my diagnosis. I am fortunate to be surrounded by family and friends who stand beside me when I need a helping hand. With their love and support, I took on the battle with a heart filled with the desire to live and watch my boys grow into men. I know my journey has made a difference to my family and friends. Now I want to reach out to others who are facing the same terrible journey. I want to tell my story and inspire those women who are standing on the brink of their own battle with cancer.

Life is too precious to let a disease win. You have to battle it as you battle any other event trying to overpower you: with love.

Nina-Ann McCurley lost her mother to ovarian cancer twelve years before she herself was diagnosed. She enjoys tennis and sailing, and she has three sons. She lives in New South Wales, Australia.