Buried in the Heart 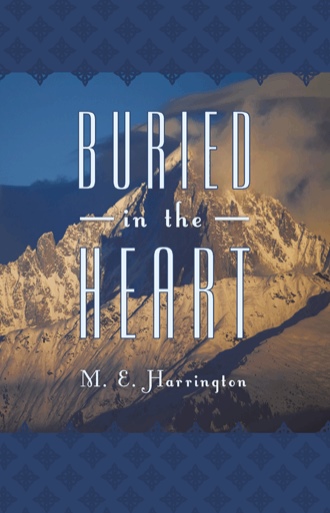 In 1898, an Englishman vanishes without a trace in the French Pyrenees. Five years later, he suddenly re-appears, walking into a small mountain village, wearing the same clothes and looking the same as the day he disappeared. The only difference is the ring he wears on his finger, a ring which bears a cryptic clue to his long absence.

Ninety years later, the ring is the cherished possession of Danny Davis, an American photojournalist. In London to interview the members of a popular rock-and-roll band, she does not realize that one Englishman will stop at nothing to recover the ring and the secret it holds.

When Geremy Hawker, lead singer for the Mystic Celts, arrives for the first segment of the interview, he finds Danny’s flat in a shambles and himself cast as her rescuer when he thwarts a kidnapping attempt. As they work together to unravel the mystery of the ring, they begin a dangerous journey that leads them to the French Pyrenees and the mysterious Cave of the Blue Light. In the process of discovering the cave’s surprising secret, they are forced to confront their own long-buried secrets of the heart.

M.E. Harrington is a freelance writer currently living in the Southeastern United States.