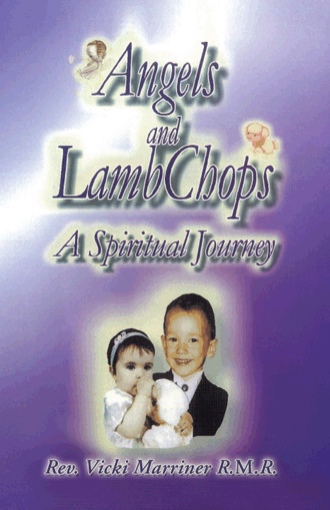 On arriving at the hospital I showed my emergency card to the admittance clerk and thought they went to get Jody’s file. Apparently as she left to get the file it was her tea break and she decided to have her 10 minute break before getting the file. After waiting a few minutes I again approached the desk, the other girl told me the clerk wouldn’t be much longer. Jody’s eyes were beginning to roll back in her head, her breathing was labored so naturally I was distressed at this point and walked over to the head nurse, told her my emergency and she replied by saying, you will just have to wait like everyone else. ‘No, no’ I Shouted ‘This is an emergency! I have a card for immediate admission to the ward. Please listen to me’ The nurse looked at me as if I was crazy, maybe at that moment I was but I began to run down the corridor with Jody in my arms heading for the ward, and the safety of the people we knew.

As I tried to sleep that night, once more Spirit came to me and told me I was ready to walk my walk on the Spiritual path, and with that I remember sighing. Rev. Vicki Marriner wasn’t always a clairvoyant medium or spiritual healer. In fact, for much of her life she was not aware of her link to the world of spirit at all. It took the pain and upheaval of losing one of her newborn twins—who followed eight miscarriages and who were born very premature—to start Marriner down the path of self-discovery, truth, and spiritual awakening. Angels and Lamb Chops: A Spiritual Journey presents the heartrending and ultimately joyful story of Marriner’s life, tracing her journey from death, despair and broken relationships to peace of self and freedom of soul. The lessons of Marriner’s experiences can guide all of us in our life’s questions, for the principles of success in all our lives are the same: grounding ourselves to the earth plane and strengthening our connection to the spiritual plane can save us from self-destruction and fear while also lending joy, confidence and compassion to our daily lives. Marriner’s role as medium allows her to bring us the gifts from Spirit—gifts to help us cope with what we have been given, help us see the world for what it is and can be and help us thrive in our hearts and minds.

Rev. Vicki Marriner is a Registered Minister of Religion for Spiritualism. She humbly and faithfully serves the Spirit in all her work. Vicki is also clairvoyant and a medium, holding accreditation in hypnotherapy, counseling for past and this life regression, spiritual healing, spirit-channeled psychic surgery and spiritual workshop facilitation. She currently lives in Western Australia.