A Journey to Self Realization 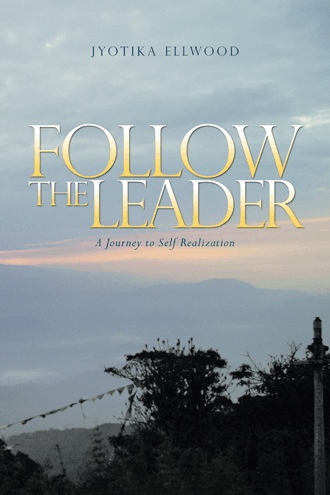 Our Soul’s Sole Purpose; Our journey through this lifetime

My paternal grandfather was a deeply spiritual man.

He was a train driver in Jhansi, driving passenger trains that carried hundreds of people to different places in India. On one trip, through the jungles at night, he was overcome with an eerie feeling that something was terribly wrong.

He instructed his fireman to check everything in the engine – only to be told everything was operating just fine.

He anxiously called out to his fireman to take a look, but his fireman saw only the darkness of the night. But to grandfather’s eyes the lantern was now being waved at a frantic pace, back and forth. He felt he had to stop the train by applying the brake and slowly the train came to a halt. The guard including a number of sleepy passengers were annoyed my grandfather had stopped the train and wanted an explanation. Although the red light was no longer there, he explained to all what his eyes had seen.

The passengers were asked to get back onto the train, the guard returned to his carriage and whilst the fireman cranked up the engine, my grandfather took the opportunity to walk further along the track.

The nagging feeling was still within him so he continued walking ‘til he came to the bridge only to find that it was no longer there. It had been completely washed away by the flooded river. The railway line his train was on came abruptly to an end.

Had grandfather ignored the red light, not taken that walk, and not listened to his innermost feelings, the speed that crowded train was travelling at would not have given him any time to stop when he approached the washed away bridge.

No one on that train questioned my grandfather. For them it was a miracle, their lives had been spared because one person listened to his inner voice.

*Follow The Leader: A Journey to Self Realization is a body, mind and soul book with a difference. It is designed to guide readers towards their highest potential through stories. * This fascinating book includes stories of personal experiences of self discovery, stories from different cultures including Native American like Geronimo and Australian aboriginal Dreamtime stories. This book explains the different religions and how they develop strong faith which is the positive aspect of religion whilst the opposite produces a blind faith or a faith seeped in prejudice that makes us judge ourselves as being holier than others. * The chakras are explained in stories as well, like the deeply moving story of Raicharan. The seven chakras are explained using scientific evidence to verify this amazing power of the body's secret healing system and how this energy allows one to reach their highest potential. "Our sole purpose for being here is to develop our soul, and this can only be done when we consciously change all those negative traits of our inherited and conditioned personality by controlling the mind using the energy from within. This energy gives us the will-power to resist and control the weaker aspects of our human nature and allows our thoughts and actions to be guided by our higher self (personality)." * Shri Patanjali, one of the earliest and greatest of Indian philosophers said, "Concentrate on another's mind know that mind. Concentrate on strength like that of the elephant, get that strength. Concentrate on friendship, mercy, joy, excel in them."

Jyotika Haynes was born and raised in India. She has lived all over the world, Korea, Singapore, Malaysia, Taiwan, U.S.A. and U.K. While living in an Ashram in the Himalayas, she studied under the guidance of Swami Umeshranand. She is a yoga teacher, having trained at the International Yoga Training College in Varanasi, India. She runs LakshmiBai Ashram, School of Meditation and Yoga in Perth, Australia.