How I Learned There IS Life After Death 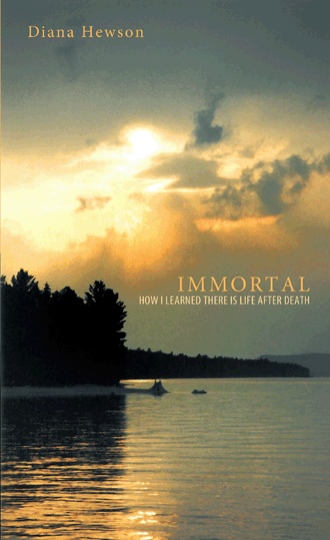 My husband, Ed, passed away suddenly of a heart attack in May of 2003. We were extremely close and had somewhat isolated ourselves from friends since we mainly enjoyed just being together. We had no children and no close relatives. Initially, I had a hard time comprehending what had happened. It all seemed surreal. But I knew that it was up to me to proceed with life. In the past, we had had many conversations about life without children or anyone to depend on. I knew I had to be strong, but the reality and finality of losing my husband and best buddy made it hard to continue. I would never be able to see or talk with him again. We had talked with each other every day even when we were both travelling on business.

I have done my share of crying and feeling like I could not go on. But I never went on drugs and I only went to a bereavement group for a couple of months during the next winter’s holiday season. Also unlike many people in grief, I never became mad or upset with my husband. I loved him too much. Ed and I had been married for thirty-four years. Neither of us was religious and neither of us believed in life after death. Ed was particularly emphatic about his beliefs and never even wanted a funeral or anyone “praying over” him when he died. When he did die, I had several friends tell me that Ed would be communicating since we were so close. I told them I appreciated the thoughts and wished they were right, but I did not believe they were. Then unexplainable things began to happen. And about four months after his passing, Ed managed to make me a believer. With Ed’s help and continued communications, I began to be able to proceed in handling life by myself. I began a campaign to read and learn as much as I could about life after death. I wanted to understand what Ed had been through and what he was experiencing. This is my amazing story of how I learned that when someone close dies, it is not an end to the relationship. The relationship merely changes form. Of course, I would rather have Ed here in the flesh, but I know now that he is still with me, helping me through life. He has communicated this in many different ways so that now I know it is true. I know there is life after death.

"A personal account of one woman's experiences and revelations of an afterlife following her husband's sudden death ... an expression of the depth of love that bound two people together even beyond death." Kirkus Reviews **************** Diana Hewson’s husband, Ed, passed away suddenly of a heart attack in May of 2003. They were extremely close and had somewhat isolated themselves from friends since they mainly enjoyed just being together. They had no children and no close relatives. Diana was alone except for some good friends. Initially, she had a hard time comprehending what had happened, but she knew that it was up to her to proceed with life.

Diana and Ed had been married for thirty-four years. They were not religious and they did not believe in life after death. When Ed did die, several close friends suggested that Ed would be communicating since they were so close. Diana was appreciative of their words and thoughts but did not believe them. Then unexplainable things began to happen. And about four months after his passing, Ed managed to make Diana realize they were right. Ed was still there and communicating.

This is Diana’s amazing story of how she learned that when someone close dies, it is not an end to the relationship. The relationship merely changes form. She now knows there is life after death.

Diana wrote this book to help others work through the grief from losing a loved one by understanding there is life after death and we are all truly immortal.

Diana Hewson has been relaxing and enjoying life after retiring from many years in the high tech industry in middle management. She now lives with her second husband and second soulmate with their dogs in the seacoast area of New Hampshire. They both love spending lots of time every summer at their waterfront cabin in the wilderness of Maine, as well as travelling and visiting remote areas of the world, such as Antarctica. Diana feels that all her research into life after death and the spiritual world after her first husband’s death has allowed her to understand herself spiritually and to learn to accept life’s ups and downs. She is hoping that this book will help others work through the grief from losing a loved one by understanding there is life after death and we are all truly immortal.