by Barbara A. Puffin 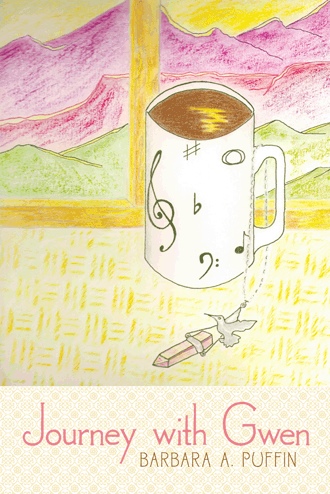 I had thought I was ready, but I wasn’t. The reality of her moving nearby meant an intrusion and I was glad there were five houses between hers and ours. Well, it was an emotional invasion, but it wasn’t without invitation. I’ll get to that in a moment. Suddenly, her moving from the East Coast to right down the street was making me feel like I was shrinking, physically, from almost 5’6” down to the 4’9” I was in the fourth grade. Yes, I felt nine years old in spite of the fact that I was supposed to be a mature twenty-six.

At twenty-six, a young, married Barbara Puffin had been living several states away from her mother, Gwen, and was darned glad about it. When friends down the street want to sell their house, a confused Barbara is drawn to suggest to her mother that she buy it and move there.

Within the first year after Mom moves to her new home, a record blizzard, followed shortly by a flood and a tornado, leave Barbara guilt-ridden. While the next year holds the joy of the birth of Barbara’s daughter, soon job place restructures feed Barbara’s depression. Mainstream therapy doesn’t work.

Then Barbara is led to New Age thinking, and suddenly everything starts to make sense. Her new thinking processes are tested by the tragic death of a friend, but too much has changed, and Barbara cannot go back to her old perspective of life—or death. Gwen can’t help but notice.

Barbara meets a powerful teacher in another country while online. Because of the energetic exchanges, she shifts even further away from who she was, and psychic abilities emerge. Barbara knows she can’t tell Gwen everything, and Gwen is confounded by the shift.

As they age, Barbara moves into a caretaker role for Gwen. Barbara’s strength and ingenuity allow her to keep Gwen independent as Gwen suffers a series of strokes. With friend Jacky’s assistance and alternative medicine, Gwen’s independence is kept intact. They are all assisted by unseen help.

Barbara and Gwen have a transformational experience without traveling to India, staying in Indiana. That’s only two letters extra.

Growing up near Boston, Massachusetts, Barbara Puffin moved to the Midwest to attend university. Redirected, she married, worked as a dispatcher, and had one daughter. Always interested in people’s behavior, Barbara has studied the spiritual side of personal growth. Her daughter is currently pursuing her PhD in mathematics on the East Coast.